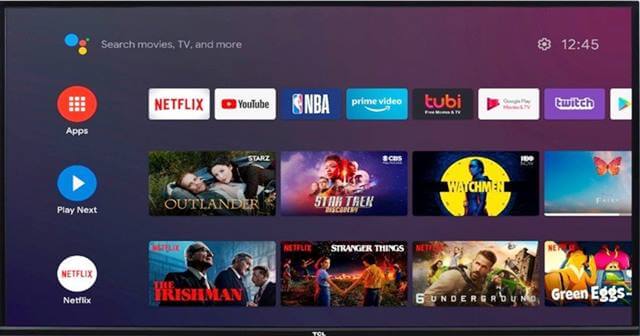 As Google is stepping up to put its Google TV interface on every Android TV, 9to5google finds that an annoying part could also be shipped.

This is the setting of a full-length ad on its homepage, which automatically plays with audio when the user turns into the library. There’s no way one could disable or turn this off, for now, thus annoying.

As people are demanding more of an ecosystem that doesn’t track them much, companies introduce new ways to show them ads and increase their revenue.

Google’s doing is the auto-playing of full-screen ads on Google TV, which forces users to view the ad anyway. As per findings from 9to5google, Google has revamped its Google TV interface with new items and sections.

As seen, the Google TV interface has a “For you” section, which displays all the curated content for you. This includes the Google-picked trending shows, trending content in your region, your in-progress shows, and content recommendations based on your recent watching activity.

The Trending tab in For You section will occupy at least half of the screen size, with the first content space reserved for a Google ad. And this gets annoying!

As seen by 9to5google, the Google ad plays automatically when you turn to For You section, and that too with a sound! This grabs the attention immediately and soon covers the whole screen in half.

As the worst part, Google is planning to bring its Google TV interface to all Android TVs soon, which is now limited only to Chromecast-connected TVs. The widespread Google TV interface with unwanted ads can be distracting, and there’s no option to disable or turn them off as of now.