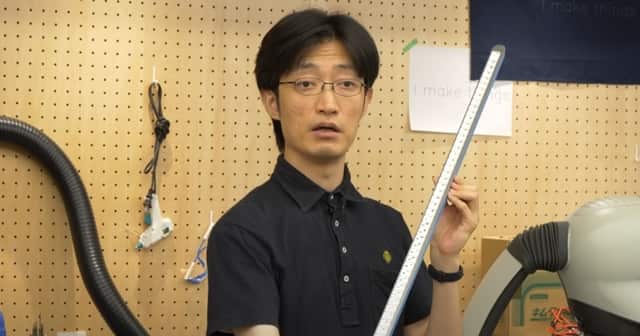 As a fun project, Google Japan has made a new keyboard called the Gboard Bar – that has all its keys set in one straight line! It’s a long 5½ feet stick that can be used for multiple purposes, says Google.

The team released a video stating its purpose – even though funny – has multiple benefits, as noted. Well, they hopefully didn’t make it for wide use, but for crazy tech geeks who’re vexed with regular keyboards for typing.

Google Japan is on a roll. After teasing the color variants of the upcoming Pixel 7 series with unknown potato chip flavors. And now, it showcased a new keyboard called Gboard Bar – that has all its keys aligned in one row!

Though it seems extremely unnecessary and unhelpful, Google thought otherwise. The company said that finding keys in the new Gboard Bar is extremely easy and faster than ever – since all are fitted in one line.

Calling its navigation great, Google said the new keyboard minimizes the
need to look in all directions like on a traditional keyboard. You can just start from the beginning to go in order to find your key. It’s 1650mm (around 5 feet and 5 inches) in length and has important keys like Enter and Spacebar at the end.

This allows users to stretch naturally while typing, highlighting its ergonomic and health benefits! Further, Google displayed that the new Gboard Bar can be used as a physical extension of your limbs, like using it as a trekking pole or as a ruler to measure objects.

Moreover, you can use it as a finder of things under the bed – by swiping it under it! Though it’s made for regular use, Google has intentions of making a similar bar with emojis and even a gaming model with LEDs.

Well, if you’re not able to understand it by now – Google is joking! This device from Google Japan is a fun project and has no intentions of mass producing for the public. But, the team has a GitHub page set up with all the necessary data files to let interested people make their own similar Bars.