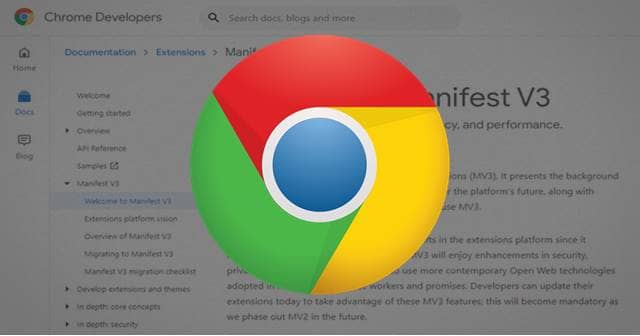 Google has announced its plans for introducing the next version of extension Manifest, v3. The new upgrade of v3 was initially tipped in early 2019, where it received a lot of criticism for restricting the ad-blocking extensions. After taking such feedback, Google will be upgrading to v3 and accepting extensions made on this starting next year.

Browser extensions are really a godsend since they better the browsing experience with minimal resources, unlike the heavy apps. While everyone is enjoying these, Google stepped in with new manifestation rules for browser extensions that would affect all the browsers based on the Chromium engine.

The adblockers like AdGuard are a prominent tool for many to block ads throughout their system. Google had received a lot of criticism when it announced the extension manifest v3 in early 2019, yet continued to push in the Chrome Canary in November 2019.

It has now brought the same to Chrome v88 Beta and will be introduced in stable Chrome v88 from January next year. Google said it had developed the new extension manifest to be helpful for all, considering all the feedback it received initially. The new upgrade would help;

While it didn’t announce a specific date for removing manifest v2 support, it will start accepting the new extensions based on upgraded manifest v3 into Chrome’s web store starting next year, from January onwards.

While this change may affect the browser extensions like ad blockers, users have close alternatives like Brave and Vivaldi, which come with inbuilt ad blockers, which will not be affected by this change.