After Google Opinion Rewards, Google is trailing with yet another rewarding program called Take Mate. This will let users earn money by completing simple tasks like transcribing and recording sentences, or walking to a nearby store to collect some data about it. Unlike Google Opinion Rewards, it will pay users in their local currency.

Since Google is hungry for new data at any given time, it’s no wonder that it depends on users to gather new data that can’t be scooped through its technology. Thus, it has now launched a new app called Task Mate, which will reward users for completing petty tasks. 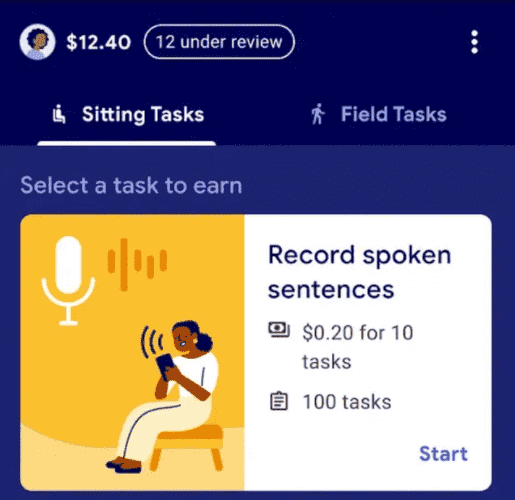 Initially spotted by a Reddit user, this is available to users only through a referral program, thus needing a code to join. The app’s working is more like Google’s Opinion Rewards program we’ve seen earlier, which also rewards users in Playstore Credit for completing simple tasks.

But, unlike Opinion Rewards, this new app rewards users in their local currency, which can be withdrawn through connected payment apps like Google Pay. Opening the app will show you two task sections – Sitting and Field Tasks, which are self-explanatory.

While the Sitting tasks have things like transcribing or recording given sentences, the Field Tasks include visiting a nearby shop to take a picture of its storefront. Google gives you the directions to reach from point to point and tells you what to do exactly.

While the referral codes aren’t rolled out widely yet, Google said the program will be available for everyone and may show up soon. All this data provided by users will be aiding Google’s Search results, which in turn will be helping us for the better good.