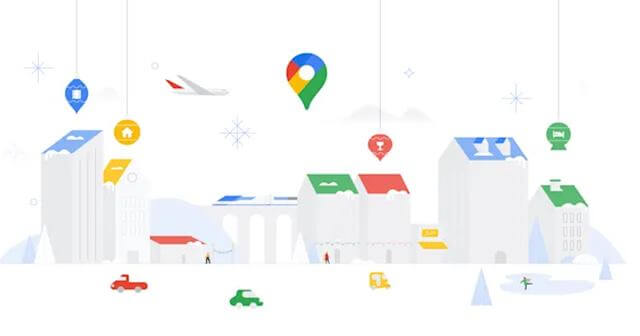 Just ahead of the holiday season, Google introduced a host of new features to the Maps, making it easier for store shoppers.

Some include the expansion of Pickup with Google Maps, Area Busyness, price ranges for each establishment, and Directory tab for knowing more details about the nearby stores and transport options. All these are coming to Maps for iOS and Android clients

Google Maps is undoubtedly one of the best offerings from Google, serving millions throughout the world in various means. While navigation is its main theme, it’s now used for shopping and tracking the busyness of areas around you.

As per Google’s announcement lately, the Maps app is expanding the Pickup with Google Maps feature to more stores in the US. The company has been trailing this feature for quite a time now, with select Fred Meyers stores in Oregon. Now, over 2,000 stores are added to the list, mainly from the Kroger Family organization.

Under this, users can shop products online from a specific supported store, and let the store workers pick up and pack them up for you. You can also share the ETA with them to let them know your progress, and pick up the groceries immediately.

According to Google, users who tried this feature waited less than 5 minutes at the store to pick their stuff. Also, Google added Area Busyness, which is similar to the graphs we see for various locations in the Google search results, depicting their busyness.

And then, there is “Price Ranges“. Google will ask users to note the average amount they spent on a meal at a specific place, to let others know before visiting it. Also, users can add reviews, ratings, seating options, etc to help others be more decisive.

At last, there’s a Directory tab to check information on airports, malls, and transit stations around the world. This section includes data regarding the location’s facilities, busyness, and availability.

Overall, Google Maps is just getting better to be more helpful than ever. All these features will be coming to the Android and iOS versions of Maps soon.