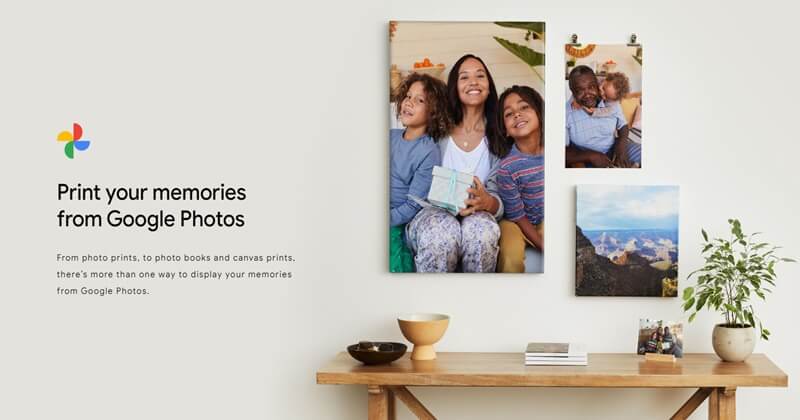 To let people have their memories from the Photos app available in physical form, Google is expanding its printing service to more countries this week.

Google Photos users in over 28 European countries, including the UK and Canada, can have their photos printed and delivered in standard or canvas forms. This has been available in the US for quite a time and now rolling out to additional countries.

Though Google Photos is virtually a great place to store and access our memories whenever we want, some wish their perfect memories to be in a physical form to feel much better. Thinking of this, Google announced a program in 2019 where the US users of Google Photos can order some of their photos to be printed and delivered to their homes.

This comes in either standard or canvas forms and with the appropriate price. Later, the company announced a subscription service (costing $7/month) that lets its AI pick the 10 best photos each month from your library and deliver them in a printed form.

While it seemed good, it hasn’t expanded to other areas since 2020. But, Google is expanding the service of ordering printed photos in standard or canvas form to Canada and 28 European countries, including the UK. This is the same service that US users have had since 2019 but varies in price.

Google said a standard photo printing of 10×10 cm would cost €0.15 (excluding tax and shipping charges) in Europe, while a 4×4 inch standard print in Canada costs $0.39 CAD (plus taxes and shipping).

Regarding the canvas, Canadians can have them in sizes up to 20×24 inches, while eligible Europeans can ask for them upto 75×100 cm (30×40 in). Google didn’t mention the prices for these yet. But considering the same starting at $25 in the US for an 8×8 photo, expect them to be pricier.