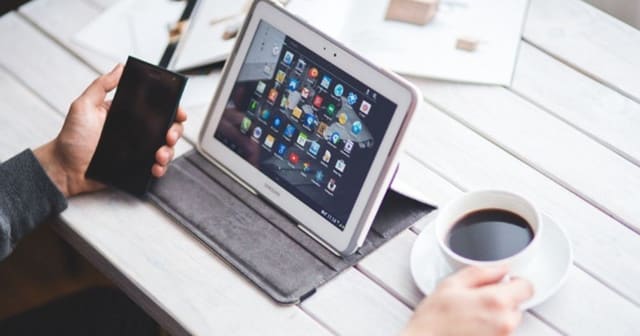 While we’re expecting a standard Pixel tablet from Google next year, a fresh leak revealed that the company is working on a Pro variant, too, of the supposed Pixel tablet that may come with bumped specifications to be more powerful.

References to this device were spotted in the code of Android 13 Beta 1 – released to select Pixel devices last month. While no other details of this Pixel Pro Tablet are known, it’s seen to be aiming at productivity causes rather than the regular tablet uses that most OEMs make for.

At the I/O event this year, Google announced that it’s making a Pixel branded tablet – that’ll be coming next year. While no other details of this device were shared back then, a series of leaks revealed the internals of the Pixel tablet and its potential use as a second screen in the home.

Now, a fresh finding by the developer called Kuba Wojciechowski revealed that Google is working on a Pro variant of the upcoming Pixel tablet. This was spotted in the Android 13 Beta 1 build – which Google rolled out to certain Pixel handsets last month.

Another thing is the existence of another, higher-end tablet. It is referred to as “T6Pro” or “tangorpro”, while the known tablet is “T6” or “tangor”. It seems to be in its early development stages, and the code doesn’t currently indicate any changes over the regular model. pic.twitter.com/2Fz7ob9LF7

Wojciechowski noted codenames as Tangorpro and T6Pro in Android 13 QPR1 Beta 1, suggesting the ‘Pro’ variant of the Pixel Tablet. Except for this, there are no other details revealed regarding the tablet. But as per routine, we can see some upgraded hardware in the Pro variant when compared to its standard counterpart.

We’ve seen the regular Pixel tablet would use a Sony IMX355 sensor for the rear camera – same as Pixel 6a’s – and have Google’s first-gen Tensor SoC under the hood. Thus, we can expect the Pro variant to use the Tensor G2, which Google teased recently, with a better rear camera, more RAM, improved display, and even stylus support.

Google is holding an event in October where it’ll announce the new Pixel lineup and Nest hardware, so we may know more about it then.