Instagram is settling the criticism for not being a safe place for kids with a new bunch of tools, it announced today.

These include setting the new kids’ accounts to private by default, not allowing advertisers to show target ads, and blocking the suspicious adult accounts from reaching the kids’ accounts. All these will be coming to Instagram.

For a long, Instagram has been criticized for being a platform for reaching vulnerable kids by predating adults. But, unfortunately, no safety measures are being in place to prevent that from happening.

Though the Facebook-owned platform came up with a curated solution – Instagram for kids – it’s considered a bad idea. So now, Instagram showed up again with many tools to make such practices limited or avoid completely.

In a blog post, Instagram said, “We want to strike the right balance of giving young people all the things they love about Instagram while also keeping them safe. That’s why we’re announcing changes we’ll make today.” 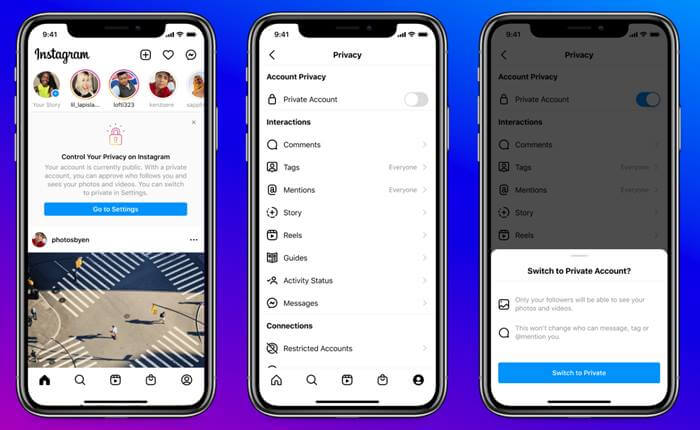 These include setting up the newly created kid account to private mode to avoid unwanted adults slipping into DMs for any unholy talk. After doing a survey, Instagram said this decision, where 8 out of 10 kids agreed to have private accounts as a better option.

However, the kids can make their accounts public whenever wanted. Further, the company is developing an AI to find and remove underaged accounts. Instagram considers people aged between 13 to 18 (16 in some countries) as kids to the unknown.

Apart from this, the company is also barring advertisers from displaying targeted ads for kids’ accounts, which is common for adult accounts across the web. These include showing ads based on their online preferences to have better conversion rates.

At last, Instagram will be limiting the reach of suspicious accounts to find kids on the platform by making them not able to see in “Explore,” “Reels,” or “Accounts Suggested For You” tabs. Even if the suspicious account tried finding through the username, they would not follow them.