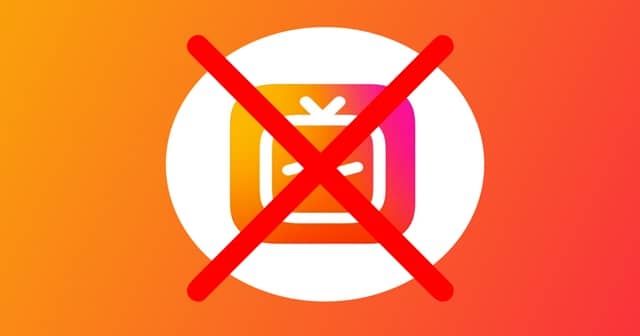 Understanding that continuing IGTV as a dedicated app is of no use, Instagram finally decided to shut it down.

Pulling the IGTV app’s plus doesn’t mean Instagram is backing off from the video industry, as it clearly stated focusing more on other products like Reels on its platform. Also, it’s working on displaying any video in the main app in full-screen and tap-to-mute options.

Hoping to take a piece from YouTube’s popularity in the video market, Instagram announced IGTV in 2018. The platform soon began advertising it heavily and poached many creators for that. Instagram even made a standalone app for IGTV.

Instagram started showing the IGTV videos in the main app’s Explore page, previews in Stories, and on the main feed. But somehow, it failed to draw the desired popularity. And Instagram removed the IGTV button from the main app in 2020, citing that very few people used it.

Even though it renamed the IGTV as Instagram TV later and even increased video time limits to one hour, they didn’t pick up. Thus, it now announced to get rid of it altogether. And this is by killing the IGTV standalone app. The platform stated this as “part of [its] efforts to make the video as simple as possible to discover and create.”

Yet, Instagram said it’ll focus heavily on video products, especially Reels. The platform has been developing Reels aggressively with new features regularly and expanding globally to more nations. In addition, Instagram said all the videos in its main app would soon support a full-screen viewing and tap-to-mute option.

Further, it’s “testing a new ad experience on Instagram, which will allow creators to earn revenue from ads displayed on their reels” later this year. So stay tuned to see more features coming to Reels and earning options if you’re a creator.