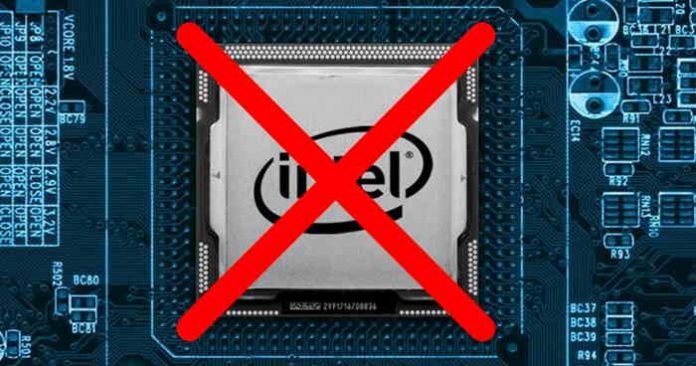 The company already stopped supplying its products to Russia and Belarus last month, and now adds up with an outright ban. Intel stated that Russia’s ongoing war with Ukraine is the cause, and calls for a swift return to peace. Also, it says to work on supporting all its employees in Russia.

Being one of the critical companies in the tech industry, Intel has continued its operations in Russia while others are leaving. Even after recommendations, Intel has only stopped supplying new products to Russian and Belarus users, while continued serving the existing ones.

But now, it announced to exit completely citing the ongoing war between Russia and Ukraine. Condemning Russia’s stance, Intel asked for the country to return to peace for good. In a statement published yesterday, Intel wrote;

“Intel continues to join the global community in condemning Russia’s war against Ukraine and calling for a swift return to peace.”

Suspending Intel’s operations completely in Russia means the Russian users won’t be receiving any security and driver updates from Intel, leaving them vulnerable to any issues that may arise later. Other tech companies like Google, Apple, Microsoft, etc exited Russia a few weeks back.

The Ukraine government too has been constantly asking the critical western companies to stop serving Russia, to pressure their governments into ceasing the war. Companies like IBM,  HP, and Dell have already suspended their operations, which serve as important cloud storage services for Russian entities.

Although Intel is exiting, the company will work to support all its employees in Russia (around 1,200) in this difficult situation. And, it expressed support to all the people impacted by this war, especially in Ukraine and the surrounding countries.