In return for the US killing Iran’s Qassem Soleimani on Friday, a group claiming to be related to Iran has hacked the US Federal Depositary Library Program (FDLP) website and defaced it. The hacker has posted pictures of Trump being punched and vowed to do more in future.

Qassem Soleimani, the major general of Islamic Revolutionary Guard Corps, most beloved by nation and second most powerful person of Iran was killed on Friday by Trump’s administration. As there are numerous reasons from past fueled this attack, the latest comes from US president claiming Iran was planning to kill US people in Baghdad.

After which, Soleimani was killed and rose anger in Iran’s people and that led some of the state hackers to follow the internet rites of hacking their opponent. The FDLP, which is tasked with publishing the government’s releases and other communication for free to the public, was now hacked, defaced and taken down. Upon doing so, the hackers representing Iran wrote on the site’s page as

“In the name of god. >>>>> Hacked By Iran Cyber Security Group HackerS <<<<<. This is only small part of Iran’s cyber ability ! We’re always ready.” 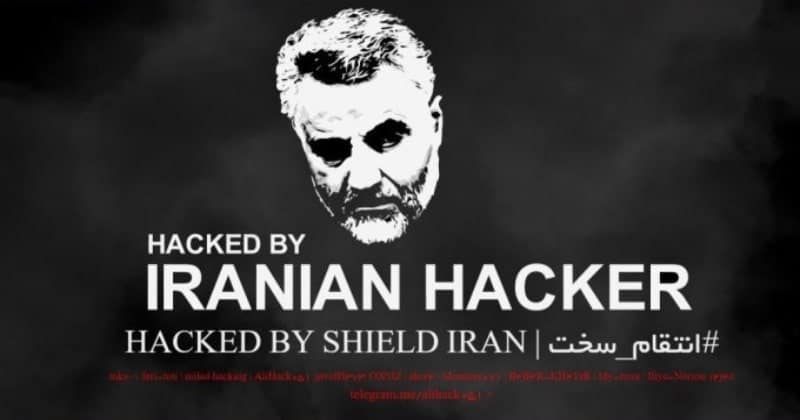 Most of the attackers try benefitting monetarily by encrypting sensitive data to demand a ransom. But in here, they’re not in a state of demanding ransomware anymore, but cruelly seeking revenge! Other parts of the hacked website displayed images of Iran’s flag, missiles and Ayatollah Ali Khamenei, the supreme leader of Iran.

An image of Trump’s being punched by Iranian personnel with an insignia has attracted more attention than the hack. Experts believe such retaliation would happen as soon as they heard Soleimani being killed. This isn’t the first time Iran has done so, previously, the hackers have comprised the networks of Bank of America, NASDAQ, NYSE and other US businesses in exchange for the US making sanctions against Iran in 2012.

Further matter on defaced site read as, “Martyrdom was (Suleimani’s)… reward for years of implacable efforts.”

“With his departure and with God’s power, his work and path will not cease and severe revenge awaits those criminals who have tainted their filthy hands with his blood and blood of the other martyrs. This is only small part of Iran’s cyber ability!”