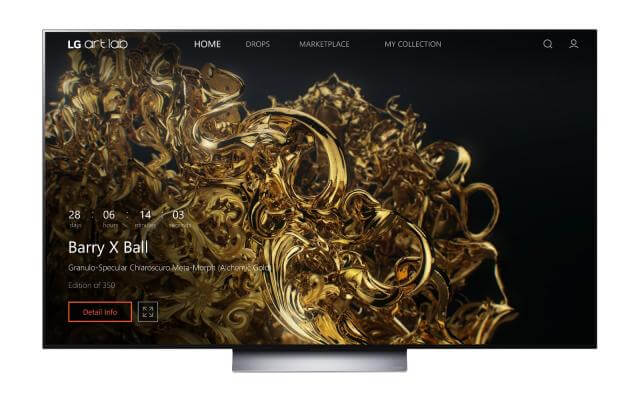 After Samsung, LG is now injecting an NFT marketplace into its line of smart TVs – letting its users buy or sell NFTs and store them in a proprietary LG wallet called Wallypto.

LG’s Wallypto is a relatively new service; it started beta testing just last month and has now expanded support to host several cryptocurrencies. All the LG smart TVs in the US running on webOS 5.0 or later will see the LG’s Art Lab app being added to the home screen automatically, through which you can buy or sell NFTs.

Buying and Selling NFTs in TVs

LG is following the suit of Samsung in fitting a digital marketplace in its smart TVs for NFTs – allowing people to buy or sell them using an integrated wallet. LG is a big electronics brand that doesn’t need an introduction, and the company is leveraging its success to be more exciting for the community with the inclusion of cryptocurrencies.

Earlier this year, LG announced its plans to integrate an NFT marketplace into its offerings. And we expected them to arrive in not just its smartphones but also a wide range of LG branded LED and OLED smart TVs. And it’s coming as expected!

LG announced that all its smart TVs in the US running on webOS 5.0 or later would have an app called Art Lab included in their home screen – which lets users buy and sell NFTs. Art Lab is LG’s native marketplace for NFTs and comes integrated with Wallypto – a cryptocurrency wallet running on the Hedera Hashgraph blockchain.

LG started beta testing Wallypto with developers just last month, with only support for Hedera’s HTS tokens, but now expanded to support more networks and tokens. With its integration now in LG smart TVs, users will see popular NFTs on their home screen, with even a countdown on when the NFT drops are about to occur.