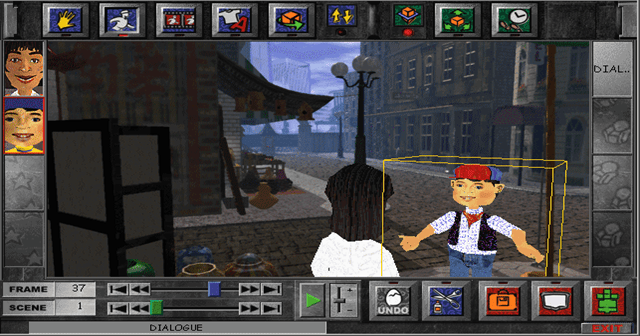 Today, the Redmond company published the source code of its 3D Movie Maker on GitHub, letting independent developers fork it and play as desired. This comes after a developer requests Microsoft to open-source the code to expand it to make it better.

Any software that was once a big thing but is now dumped by the concerned OEM should be open-sourced. This would at least let the indie developers play and learn. The best of this could be a potential community building an updated version of it to be suiting modern needs.

Hey friends – we've open sourced the code to 1995's Microsoft 3D Movie Maker https://t.co/h4mYSKRrjK Thanks to @jeffwilcox and the Microsoft OSS office as well our friends in legal and those who continue to put up with me being a nudzh. Thanks to @foone for the idea! Enjoy. https://t.co/6wBAkjkeIP

The 3D Movie Maker is a 90s game of animation making that will let kids make frame-by-frame slides of a short movie and add actions, sound effects, music, text, speech, and special effects. The fun part is when creating and playing the series of 3D character models, along with recorded voices and effects.

Though it was popular, it was short-lived. For some reason, Microsoft didn’t care to develop it further and abandoned it after a few years. Yet, some developers like Foone are interested in playing with it and repurposing it to suit modern needs.

Wishing this to happen, if you’re interested in tweaking this code to make something out of it, head onto Microsoft’s GitHub page and fork it. Lately, the company has been gearing towards open-source developments, with the revival of PowerToys and the Windows 10 Calculator app.