Microsoft has fixed a bug in Outlook for PC app that’s reportedly blocking users from replying to emails or forwarding them. Since February, this issue has been in the wild and is specific to those emails with lengthy URLs. Though Microsoft addressed the issue, the fix is rolling out to the current production channel late this month. Till then, it listed out few workarounds to try. 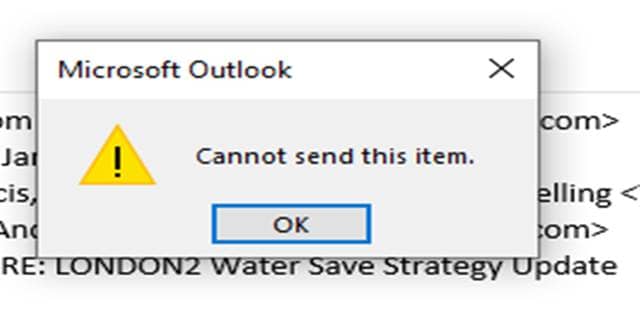 Since February this year, several Microsoft users are complaining about a new issue in the Outlook for PC app in both community forums and Reddit. The issue pertains to a bug that’s blocking users from replying or forwarding emails, which contain lengthy URLs embedded in.

Whenever a user tries so, they’ll be displayed a popup window saying, “Cannot send this item.” Microsoft has acknowledged the issue and announced a fix coming to this in Outlook for PC build 13913.10000. This will be rolling to users in production Current Channel at the end of this month.

Till then, users having this problem are suggested the following workarounds;