Microsoft Flight Simulator X, initial releases of this game date back to the 1970s, where the actual maker licensed it to Microsoft when even the Windows was not invented. With Bill Gates being astonished by the program, it was since then acquired, developed, and marketed as a video game rather than a simulation training program. And now, it supports Windows, macOS, and Xbox One to play.

Though it’s in for three decades, Microsoft has tuned it with more details and functionality to make it more appealing. Renamed as Microsoft Flight Simulator X, the new version has been under development and is ready to launch on August 18th. It will be available across Windows, macOS, and Xbox One. 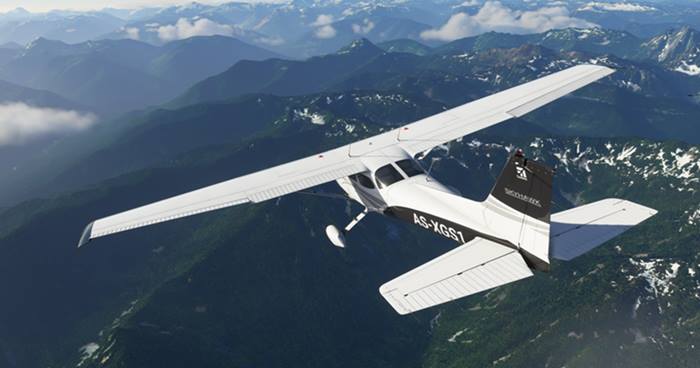 You can fly some of the world’s popular planes across 36,000 airports in the standard version itself. A thing for this Flight Simulator X takes huge appreciation is for its build. The game is carefully crafted from by Blackshark.ai, which partnered with Microsoft to procure maps data from Bing and build every detail from clouds to towns to cities.

While you can feel the traffic and tiny details of nightlife sceneries, it’s still made up of Machine Learning rather than setting everything by hand, thus you’d see some irregularities in some parts. Like, you may see some buildings and trees misplaced, and bridges looking like dams often. But with the premium version, you can see some handcrafted airports that seem too real.

For playing, you have to buy pick either of the three subscriptions viz, Standard, Delux, and Premium, which costs $59.99, $89.99, and $119.99 respectively. You can buy this from Microsoft Store or Steam. While the standard version is more for a beginner, try the next upgrades for accessing more flights and handcrafted airports.