After testing for a while in the Dev channel, Microsoft is now rolling the new Notepad to Beta users of Windows 11. Also, the availability of the new Photos app and redesigned Groove Music is extended to the general public.

Microsoft has long been reluctant to develop the design of its Windows OS, which had put the OS behind its rivals. Though it’s still the market leader, Microsoft decided to touch up its new Windows 11 with a new refreshing UI, to excite its community once again.

And it’s done by revamping the default apps first. In this pursuit, the maker added a new cropping tool and aspect ratio options to the Photos app. Future, there are options for easily customizing the photos, making adjustments to lights, and using new mark-up options. Also, there’s a new image preview screen checking multiple images without switching between them.

And the big one, the revamped Notepad is coming to Windows 11 Beta channel finally. All those running on Win11 Build 22000 or newer, can see the new Notepad with design changes based on Fluent Design. These include rounded corners on the right-click context menus, menus, top-level windows, pop-up notifications and find tool. 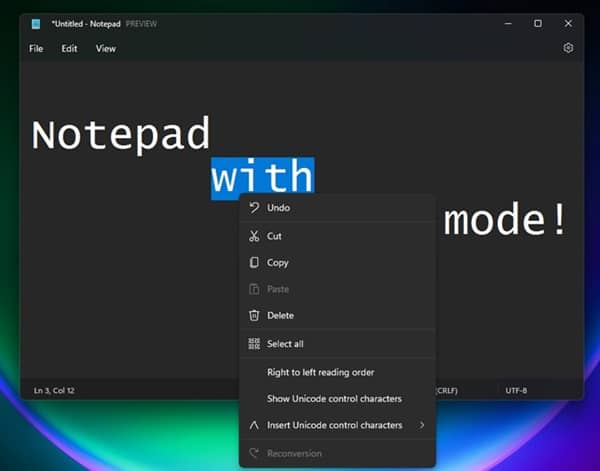 Also, there’s a dedicated support page for customizing the new icons and animations of the app, which includes changing the colors, fonts, and even the theme to dark mode. Also, Notepad is supporting updating through Microsoft Store.