As per reports, Microsoft is set to launch a whole new revamped Windows 10 OS in mid this year. This is being marketed as “The New Windows”, and is possibly referring to the Windows 10 Sun Valley update or the Windows 10X. This could see the drastic UI changes in Start Menu, Action Center, File Explorer, etc sections. 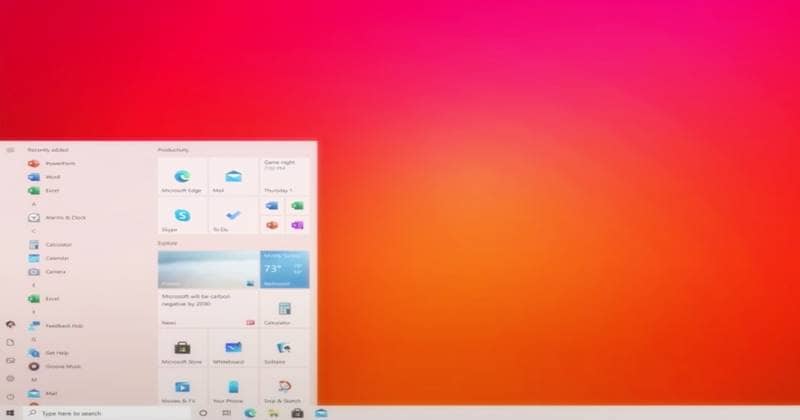 Windows 10 is undoubtedly the widest used PC platform today. Besides being simple and tweak-able, Microsoft rolls out regular updates to patch any security vulnerabilities and also to aid with new features. But, the design is where it has been lagging for years and is asked by the community for so long.

And it’s coming. Microsoft is now marketing about the new UI changes coming to its Windows 10 OS, on the name of “The New Windows“. While it didn’t mention what type of changes be coming to the OS, we expect the basic sections like Action Center, File Explorer, Start Menu, etc are getting huge revamps.

more clarifications: the (primary) point here is not about timing, it is the naming 🙃 https://t.co/vbEjaJ8if8

This is because we’ve seen many leaks about either of them earlier, and also about removing the 3D objects in Windows 10 21H2. But, version 21H2 may not be the case Microsoft is talking about, but about the Sun Valley update or the Windows 10X. Most probably, it could be the Sun Valley update, since it’s meant for core design changes.

Besides, the Windows 10X is meant for foldable devices and is aimed at rivaling Google’s ChromeOS. It’s said that Microsoft is hosting a “What’s new for gaming” event in late March and be followed by a “What’s new for Windows” event in April or May, where this design update will be announced.