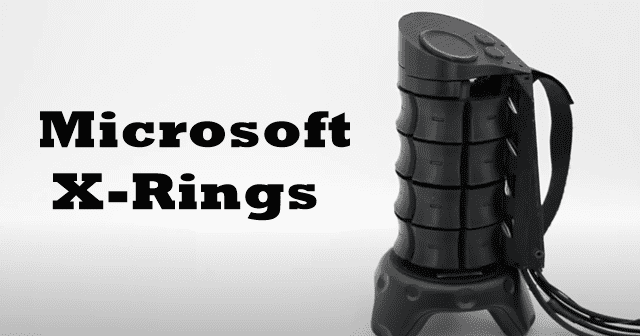 Microsoft researchers have come up with a new handheld tool named X-Rings, which would let VR users handle virtual objects and feel them.

This device is strapped onto the palm but will let fingers go free. Capacitive sensors and motor parts within will adjust the switches according to the object, letting the user handle it as per the supposed shape.

A Controller For VR Objects

Over the years we’ve seen technology growing rapidly, with visual parts leaping in many forms. The developments in virtual reality have been significant, which is now offering a smooth transition into unreal worlds we’ve once dreamt of.

But, the progress in kinaesthetic senses isn’t cared much for like VR, as we still had to wave hands and legs in the air as per visuals we’re seeing, while in VR. But this is going to change, as we may soon feel what the virtual objects in VR world shall feel like!

The one who’s making this possible is Microsoft, as they presented one such device in the ACM Symposium on User Interface Software and Technology. Named as X-Rings, this is a hand-mounted 360° shape display controller for handling objects in VR.

Based on the object held in the VR world, the X-Rings controller responds to user like holding, grasping, squeezing, etc senses. It has motor-driven expandable rings (5.7-7.7 cm diameter) within and sensors that make this happen. It’s strapped to the palm, making sure the device won’t fall off when nothing is held.

It has a response time of 10ms, under which it shows the reaction of an act we’re performing in VR, to our hands. This replication is important to make the VR environment more interactive, and interesting. While this is a much-needed leap in-hand sense in VR, there’s no talk on how it’s going to make it into mainstream gaming.