After all the petty scams we see, there is a vast card database put up for sale in darknet just recently. Surfaced by Singaporean cybersecurity firm Group-IB, this freshly uploaded database has a record of 1.3 million credit/debit cards, mostly Indian! Each card is priced at $100, valuing the entire upload to be $130million.

What is Card Dumping?

Card Dumping is a technique of capturing the card details (card number and expiry date) when it is swiped or used in any of the skimming machines. Hackers/rippers place skimming machines of such in legitimate cash machines like ATMs, Swiping machines etc. They look alike but slightly varied. Moreover, if you find any such tweaks, inform to executive or authority right away.

The database, containing more than 98% Indian cards and 1% Columbian, has a lot (18%) of cards belonging to one Indian bank. While they have been such card dumps previously, they have been in smaller uploads periodically. However, this is the first time a massive database of such is uploaded, and probably the costliest of all the dumps.

Ilya Sachkov, CEO and founder of Group-IB, said, “This is indeed the biggest card database encapsulated in a single file ever uploaded on underground markets at once. What is interesting about this particular case is that the dаtabase that went on sale had not been promoted prior either in the news, on card shop or even on forums on the darknet. The cards from this region are scarce on underground markets; in the past 12 months it is the only big sale of card dumps related to Indian banks.” 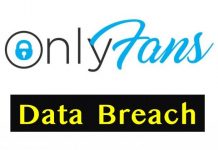