TechDator
Home News Mozilla Explains The Reason and a Fix For OTT Streaming Errors in...

Mozilla addressed an issue that many users of Apple M1 based MacBooks are complaining about – Error in playing OTTs through Firefox browser. Many have complained about error banners while streaming Netflix, Amazon Prime Video, Hulu and Disney+, after installing the Firefox v84. Thus, Mozilla described how to get over it.

Recently, Apple users who’re streaming content from various popular OTTs like Prime Video, Hulu, Netflix, and Disney+ on Firefox have reported issues in their MacBook playback. This is because of the incompatibility issues, clarifies Mozilla now.

It said users who’re using Firefox v84 and later versions on MacBooks with M1 chips may see errors as below, classified based on OTT;

These encounters are caused due to unsupportive Firefox browser for running these OTTs. It’s said, the old Firefox browser supports content streaming from these OTTs on MacBooks based on Intel processors. Thus, these Apple M1 based MacBooks need Rosetta 2 to support this content. 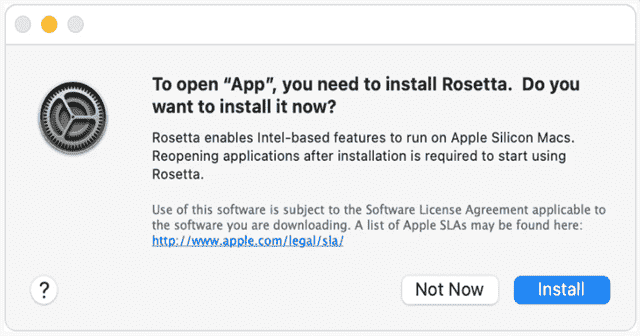 Users who’ve updated their Firefox browser to v84 should also install the Rosetta 2 to stream content without any errors. This additional software piece helps MacBooks to translate the content from supporting Intel to M1. Here’s how to do it;

How to Install Rosetta 2 in MacBooks?

That’s it. Users will then be able to steam OTTs without any interruption.