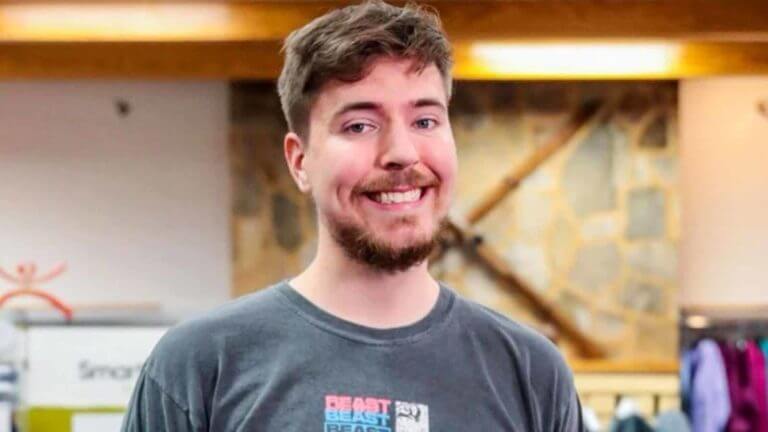 Breaking the silence, the grand YouTuber MrBeast confirmed that he’d be buying a new team in the League of Legends soon.

While he didn’t exactly mention when he expressed his interest in making the team like T1 if he ever brings a team. This could be so welcoming the League of Legends community, which has been losing interest over time.

A Grand Entry to League of Legends

On the night of the grand finale between T1 and the DRX, fans were shocked to see MrBeast as the official guest of the event. Talking on the panel about his love for the game and predictions, he was asked by a fellow commentator Isaac “Azael” Cummings-Bentley about the rumors of him purchasing a team in North America’s LCS.

To which Mr. Beast responded, “Yes“, confirming the theories fans have been making until now. Confirming his decision, he said, “If we do it, I want to have a team that makes it to a stage like this,” pointing at the T1 team – who had just lost to the heavy underdogs DRX by 2-3, in the 2022 World Final.

MrBeast, originally Jimmy Donaldson, is popularly known for his YouTube creations and being the 4th largest channel by subscriber base on the platform. He has recently surpassed the 100-million subscriber mark and makes videos on various topics. With tens of millions in his pocket, many have theorized that he may buy a team in the League of Legends one day.

As he confirmed now, the real question remains when! As we hope to see to Me Beast-led team soon, his aim of making a strong team that’s equivalent to a T1 squad takes time. To compare, all three teams from North America – known as LCS, have been disqualified from the 2022 championship.

So the hopes on how MrBeast’s team would perform will surely be noted. On the other hand, League of Legends is seeing a fall in popularity gradually. Though it has over 115 million monthly active players, fans losing interest over time will surely dent its fame. Thus, having a team coming from noted figures like MrBeast would be so welcoming.