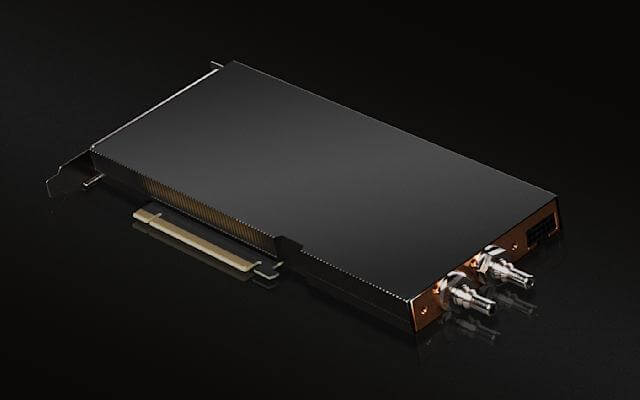 In the event of Computex 2022, Nvidia announced a new water-cooled A100 and H100 GPUs as more efficient means alternatives for data centers, which currently use huge air-chillers to reduce the heat.

Nvidia has already been sending sample units of A100 GPUs to some clients, as it tested to save 28% more power than an air-cooled data center. These GPUs will be generally available to customers in Q3 this year, while the H100 cards come early next year.

To reduce the use of not-so-effective air-chillers or heavy water cooling solutions in data centers, Nvidia has come up with a solution – fitting a water block into its own GPUs, thus drawing an integrated solution for keeping the GPUs cool and efficient.

GPUs coming with this technology are the A100 and H100 PCIe cards, coming later this year. Nvidia announced these GPUs at the Computex 2022 event today, with some test results to boast about their efficiency.

In its note, Nvidia is aiming these video cards at cloud computing companies that spend huge amounts on data centers cooling infrastructures like the mega water or air chillers. While these systems are helping a bit, Nvidia says its in-built liquid cooling GPUs can reduce the power consumption while working at the same rate as their generic counterparts.

Nvidia claims to have tested its in-built latest liquid cooling A100 GPU against the one in an air-cooled data center, and resulted in their card using 28% less power to do the same job. Also, the new A100 is space-efficient due to its water block design, as it occupies a single PCIe slot instead of two.

Nvidia is currently sending a few units for its clients to test, making them generally available to all clients from Q3 this year. The company also announced working on H100 cards, possessing the same liquid-cooling technology, shipping early next year.