OnePlus is set to launch its next flagship iteration – The onePlus 10 series this month. And the official date is touted to be on 11th, through various leaks.

Once official, it marks the first new phone launch of 2022. The all-new OnePlus 10 series will initially launch in China and gradually come to other nations. It’s a curved display, premium processor and triple camera setup in the rear. 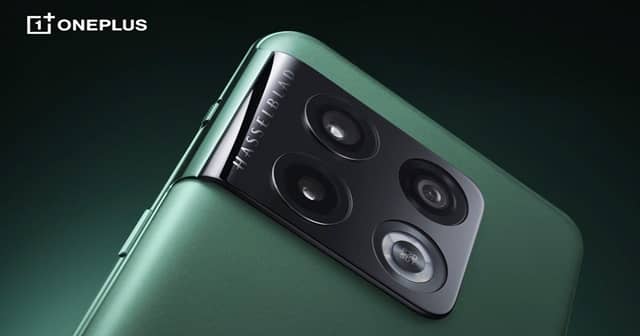 OnePlus is ready to put an end to all the rumors and leaks of its upcoming handset – The OnePlus 10 series. The Chinese company will initially announce this premium smartphone line-up in its home country on January 11th and gradually bring it to other nations.

While there’s a week for the official launch, here’s how it could be as per reliable leaks we’ve gathered till now. The OnePlus 10 Pro variant is said to have a curved display with a punch-hole selfie camera set in the top-left corner of the screen. The display will be 6.7″ long in the QHD+ panel, offering a 120Hz screen refresh rate.

With upto 12GB of LPDDR5 RAM, the OnePlus 10 Pro variant offers storage options until 256GB. The entire series comes in four color variants – black, teal, purple, and silver. The OnePlus 10 series shall come with three cameras at the rear with a matte finish rear panel, as per leaked renders.

The primary among them will be produced by Hasselblad and could be a 48MP lens. This is followed by a 50MP ultra-wide camera and an 8MP telephoto lens with 3x optical zoom. Upfront, there will be a 32MP camera for selfies stuffed into the punch-hole design.

Under the hood, the phone will run by a Snapdragon 8 Gen 1 chipset, which is 20% powerful than Qualcomm’s Snapdragon 888, said OnePlus CEO, Pete Lau. Finally, the phone may have a 5000mAh battery with 80W wired and 50W wireless fast charging support.