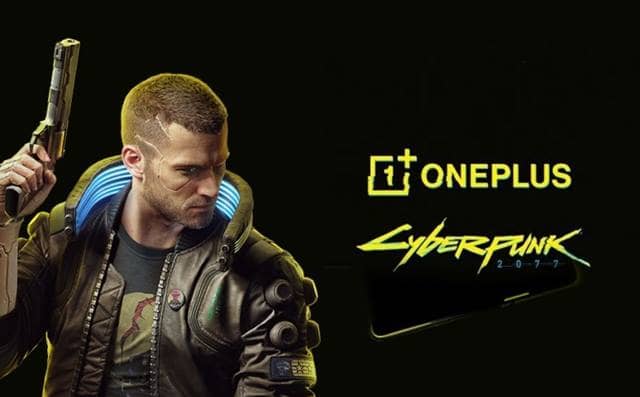 While the Cyberpunk 2077 team announced delaying the rollout of their game, the Special Edition OnePlus 8T handset isn’t. This was confirmed by the OnePlus through their Weibo handle, where a poster revealing the date as November 2nd was posted. The flagship OnePlus 8T Cyberpunk 2077 edition may have a special design and custom theme but the same specifications.

OnePlus partnering with various brands for making special editions isn’t new. Many premium OEMs like Samsung, Oppo, etc. do so. In the case of OnePlus, the common has started with OnePlus 5T by partnering with Star Wars, and later with Marvel’s Avengers for OnePlus 6T and then with McLaren. Since the McLaren bond ends this year, the OnePlus had to search for a new partner.

It then announced adjoining with CD Projekt, the maker of an upcoming RPG game – Cyberpunk 2077. While the game could be general like any other RPG games, we’ve seen to date, but featuring a poster of Keanu Reeves as a player has attracted the community at once. Now, everyone’s waiting for the game to launch, which is scheduled this month but postponed to December this year.

While it will be launching PCs and consoles later, the OnePlus 8T Cyberpunk 2077 handset is launching in time. As per a posting by the OnePlus Weibo account, the special edition phone will be launching on November 2nd, at 14.00 hours. The phones seem to be having an extended rear camera module to equip the “2077” tag.
‌
Also, it’s expected to have a custom Cyberpunk 2077 theme, just as earlier cross-branding editions. Further, a special retail box with customized Cyberpunk 2077 cases and stickers may be included. While these show it as a special edition, the phone’s core specifications will remain the same. It posses a 6.55″ OLED panel with 120Hz refresh rate and quad-rear cameras.