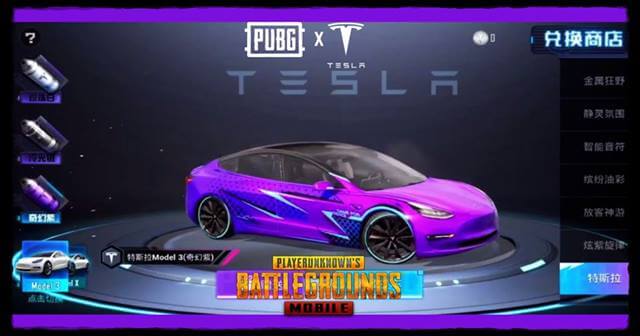 Krafton Inc is all set to roll out a new v1.5 update to the PUBG Mobile worldwide, including a new Mission Ignition mode.

This model is made in collaboration with Elon Musk’s Tesla and has all of its related elements showing up in the game. From Tesla Model Y to Semi Truck, and New Guns to Gigafactory, you’ll see all soon in Erangel map.

Most technology enthusiasts have one thing in common – a love for advanced cars and games. And the prominent things hurling both these fields lately are Tesla and PUBG Mobile.

Elon Musk’s Tesla is now the world’s largest EV maker, and PUBG Mobile, on the other hand, is the most popular battle royale game. So a collaboration between these two will be a feast for many gamers.

And Krafton Inc is just making that. The company is all set to roll out a new v1.5 update to PUBG Mobile, which will feature various of Elon Musk’s Tesla elements. These include;

Tesla Model Y, one of the popular EVs from Tesla, will be a driveable car in the PUBG Mobile soon. But that’s not the fun part, as you’ll get to make your own Model Y car through a Gigafactory as built by Tesla.

In the Gigafactory, you can manufacture a whole Model Y car with autopilot included and have it driven all around the map. Further, there are Hyperlink tunnels made between all the major cities of Erangel map.

From Georgopol to Tech Center and Energy Center to Logistics Agency, you can commute between them quickly now with new hyperlinks. Also, there are some automated elements like lifts, automatic doors, Air Conveyor systems to transport players around.

Players will also get to see a Tesla Semi Truck, like the ones from Sanhok’s Armoured Truck. Aside from all these Tesla things, you can also see a new 5.56mm ASM Akaban firearm with a muzzle brake, ergonomic grip attachment, and drum magazine.

Further, Krafton Inc extends the support for playing PUBG Mobile at 90fps on more devices with the new update.