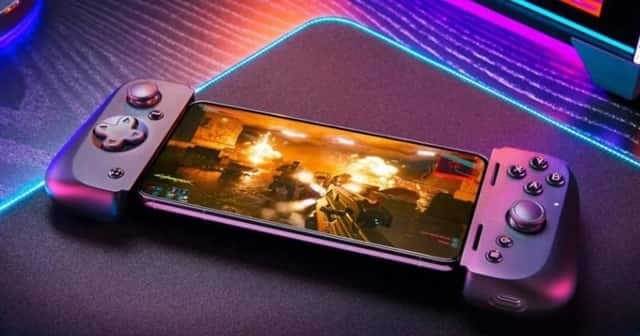 Following disappointing hardware sales and response from the community, Razer decided to end support for its Theme Store by August 24th, 2022.

The Razer Theme Store is the house for all custom themes made for Razer phones that give a big visual overhaul to the device. Now, since it’s shutting down, Razer urged users to download whatever themes they like and set them up.

One of the few brands we have in the gaming smartphone segment is Razer – a company that dipped its feet into the smartphone business after acquiring Nextbit – a smartphone maker. And in just ten months, Razer came up with its first phone – Razer Phone.

Though it was visually old – having thick bezels at the top and bottom – it scored high in the performance category. Back then, it was one of the very few phones offering a 120Hz display, dual front-firing speakers, and a large 4,000mAh battery.

Following this, the Razer Phone 2 added the Qualcomm Snapdragon 845 processor – a top chip at that time – along with a vapor chamber cooling system for proper heat dissipation. Plus, there is customizable RGB lighting alongside a 120Hz display and dual front-facing speakers.

While these handsets are aimed at mobile gaming enthusiasts, they failed to draw the necessary attention. This led Razer to doubt its existence and eventually shelved the Razer Phone 3 launch. And now, it’s shutting down the Razer Theme app store too.

As noted on its support page, they’ll get the plug of Razer Theme Store on August 24th, 2022. Thus, users are urged to browse through the catalog and set the wallpaper they desire now. Unfortunately, the theme store doesn’t allow users to save a bunch of them and change them later.

Yet, Razer is directing users to another portal where it stores some of the themes. Apply any of them will overhaul not the looks but also the launcher settings, lock screen, etc. Some themes can even be applied to video game IPs like Namco’s Tekken, the WB’s Dying Light, etc.