A Russian court has levied a fine of $98 million against Google as the company failed to comply with the takedown policies of illegal content.

Also, Instagram’s Meta too was fined about $27.15 million for similar reasons. The objected content here is regarding drugs, dangerous behavior, and guides on how to make weapons and explosives. Google has 10 days of time to respond against this fine. 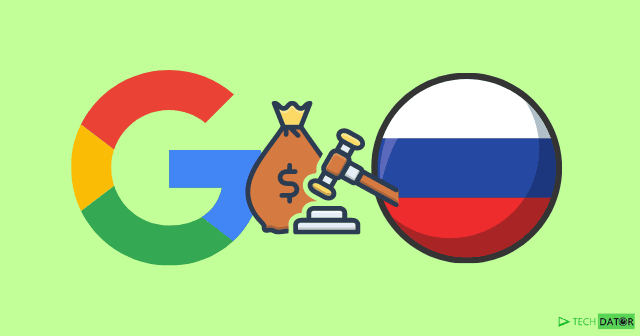 To gain more control over the internet within its boundaries, Russia has lately been acting strictly against tech companies that process user data. This year, the country has levied hefty penalties against many corporations, with the latest ones being Google and Meta.

On Friday, Google received a penalty sentence worth 7.2 billion roubles ($98 million) from a Russian court, as it failed repeatedly to remove the illegal content as it directed. And these include posts like promoting dangerous behaviors or drug use, guides for making weapons and explosives, and even the spread of gay propaganda.

Anything that the Russian government felt extreme should be removed, and failing to do so will attract fines. While Russia fined many companies in past for similar reasons, the latest stance against Google is made based on its revenue, making it the first company to face the situation.

Besides Google, Meta has been fined about 2 billion roubles ($27.15 million) for similar reasons. It’s said that Meta has failed to remove over 2,000 banned items, while the number in Google’s case is around 2,600 bits. Google is given 10 days of time to respond with an appeal.

All these actions are in line with Russia taking more control over its local internet like China. Recently, the Russian government reminded that big tech companies (like with over 500K daily active users) should have data centers set up within Russia for more control.