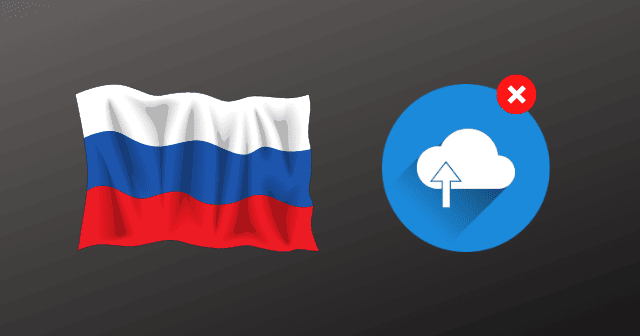 Amidst the war with Ukraine, Russia is reportedly facing a huge risk of cloud storage shortage, as per a Russian news outlet.

The report cited a government source stating that Russia is rapidly running out of domestic data storage for servers, which can impact the critical services soon. This is mostly because of the sanctions levied by US and European nations, which forced major cloud storage providers like Amazon and Google to cut services to Russia.

Ever since Russia started attacking Ukraine, many countries stepped in to thwart Russia with sanctions. These include ordering their respective tech companies to stop serving Russians and their government, which now started affecting the country gradually.

As per a Kommersant, a Russian news outlet, Kremlin is rapidly running out of storage of cloud storage. The report stated that the Russian Ministry of Digital Transformation has reportedly held a meeting on March 9th, to discuss options on this issue with representatives of Sberbank, MTS, Oxygen, Rostelecom, Atom-Data, Croc, and Yandex.

Another source told Kommersant that Russia may run out of the currently available cloud storage within the next two months, and cited the exiting of foreign cloud services like Google and Amazon as the major cause. This increased the demand for local storage, which it’s now planning to obtain in several ways.

This may include seizing the computers of companies which are leaving the country! Another source told Kommersant that (translated) “Two truckloads of servers from a foreign vendor entered the country, but they refuse to give them to us, citing sanctions.”

Russia is also facing logistical and payment issues with China, from whom the nation is expecting help in terms of IT. The sharp fall of Russian currency means an increased cost of acquisition, which is directly affecting the trade.

Thus, with the shortage of cloud storage, we may see Russia blocking down non-essential services like cloud gaming, music streaming, and video sharing platforms, for the sake of critical services.