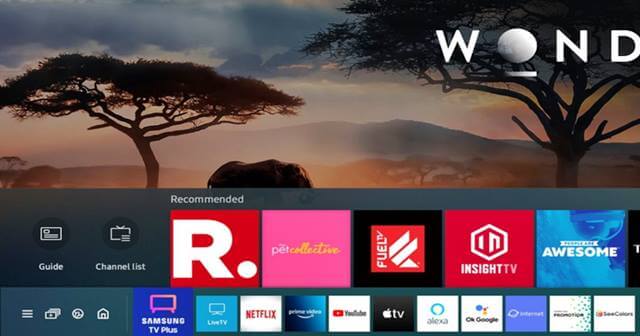 Samsung has quietly launched its Smart TV Plus streaming service to all through a web version and added support for Chromecast devices.

Samsung hasn’t made any official announcement for this rollout but did so silently. However, the Smart TV Plus is previously available only to Samsung users and is ad-supported.

Samsung Smart TV Plus Available For all

Lately, the online streaming wars have heated up with the rise of new players like Peacock, HBO+, Disney, etc. However, these platforms backed by big players are capturing the market slowly.

This led the existing giants like Netflix and Amazon Prime Video to dump cash on whatever content they come across to gain the streaming rights and keep their users entertained.

As every tech company sees the demand for this new space, they’re entering in with whatever they have to lure the customers. And the latest player walking in is the South Korean giant – Samsung.

Samsung has a free ad-supported streaming service called Smart TV Plus, which is being offered to its Samsung customers since 2016. The device users can steam this an inbuilt coming in their handsets or Smart TVs.

While it’s limited for native users for so long, the common has silently opened the gates for everyone now, as the Protocol reported.

Though Samsung didn’t make any official announcement of this launch, a spokesperson has confirmed this to Protocol, as it launched a web version of Smart TV Plus service – accessible by all.

This web version is still ad-supported and has few live and liner programs playing throughout the day. Therefore, users may not need to make an account for streaming the content.

Besides this, Samsung has also added Chromecast support for the Smart TV Plus service, allowing phone users to stream the content to their TVs connected to Chromecast.