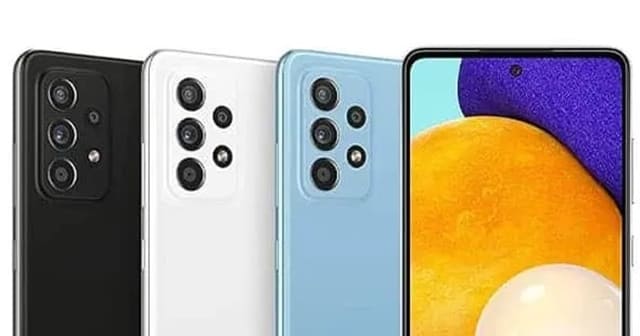 GalaxyClub – a news publication focusing on Samsung developments, reported that the upcoming Galaxy A54 to come with a downgraded primary camera – when compared to its predecessor.

It said the upcoming handset to have a 50MP lens instead of the 64MP lens suited in Galaxy A53 and Galaxy A52 phones. Well, even though it’s numbered as low, the said 50MP primary lens could be of a new generation, having better capabilities than that of its old counterparts.

Samsung’s Galaxy A series is one of the best line-ups for the company, offering budget handsets with premium features and support. With the growing interest, Samsung said it’s working on yet another – also the successor of the current Galaxy A53 phone – as Galaxy A54.

While we don’t have a specific timeline of its development, a Samsung-focused news blog GalaxyClub (via IThome), reported that the Galaxy A54 might come with a 50MP primary lens. This means Samsung is downgrading the rear camera set-up for unknown reasons.

Well, we assume the said 50MP to be of a new generation, having more capabilities than the older 50MP lens and slightly better than the current 64MP lens used in Galaxy A53 and Galaxy A52 phones. Further, there are reports saying that Samsung will ditch the depth-of-field sensor in the rear camera of the Galaxy A54, and maybe for other upcoming phones too.

Though there are no other major details shared of Galaxy A54, we hope the handset to come with water resistance, high refresh rate screens, and stereo speakers – similar to its predecessors. Plus, this handset can ship with Android 13-based One UI 5 out of the box.