As everyone’s about to uncover their new developments officially at the CES 2020 event next week, leaks from researchers as 4K Filme has given us the glimpse of how the Samsung’s latest 8K QLED TV looks like. Here we go;

With the grand CES 2020 event approaching nearby, all the gadget manufacturers are gearing up with their products to showcase to other such enthusiasts. In which, popular firms as Sony, Huawei, Samsung, IBM etc will be displaying their new tech of the future.

Just in, hard research by German news site 4K Filme got us the first preview of Samsung’s new 8K QLED TV which is set to be announced officially at the next week’s CES event. This TV by Korean giant is touted to be a complete bezel-less and has glued the chassis to TV panel at almost no distance.

One could understand the peculiar feature of this TV from its tagline as Experience the power of a future across all borders, where it’s reported to be called Zero-bezel TV! Further, it’s said to be coming only in the 65″ size and probably, taking few characteristics of Q90R model. 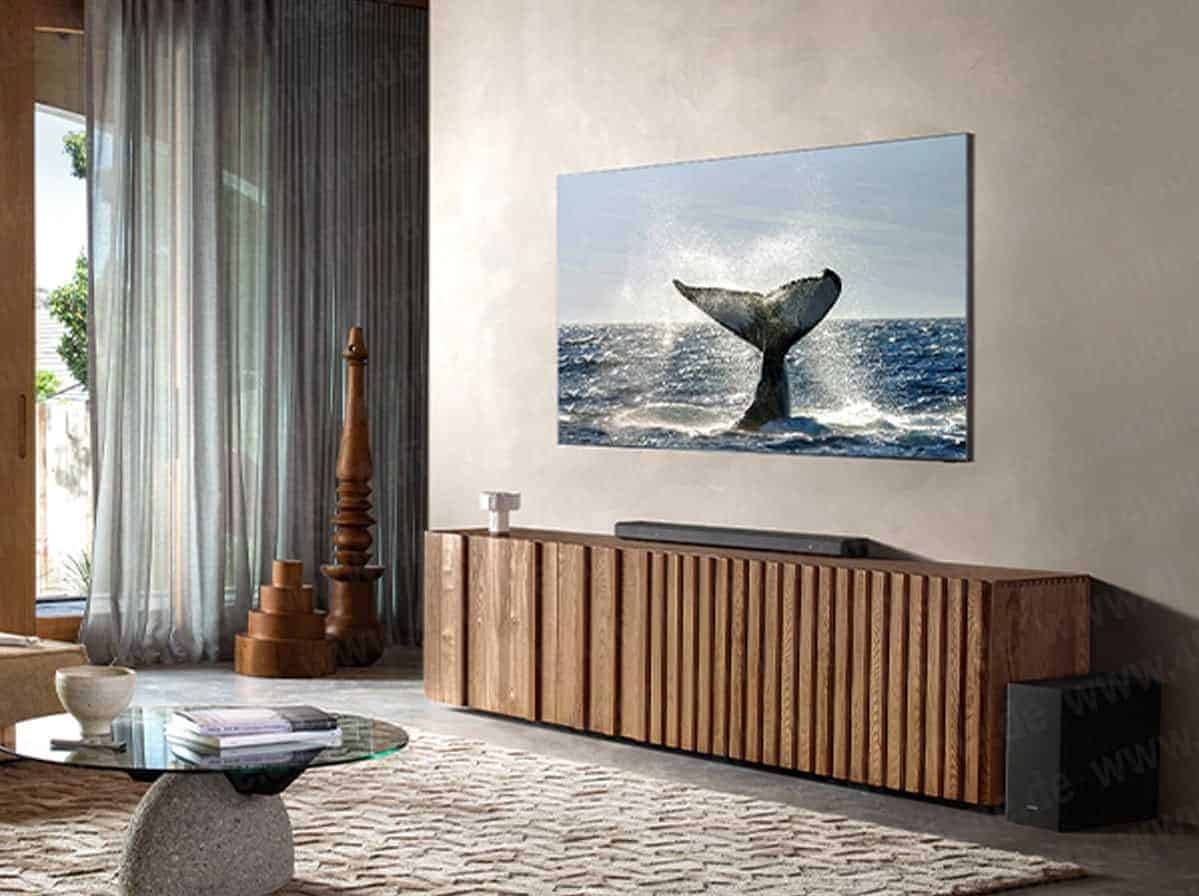 As from the image leaked, it’s found the TV to be hanged onto a wall with no cables see hanging. This hints us Samsung could be again using its One Connect box, where all the required cables are set to One Connect box which has one discreet cable to power them all.

Aside from this, it’s also found Samsung could be unveiling its brand new Soundbar, the Q800T at the event. Further, phones as Galaxy S10 Lite and Galaxy Note 10 Lite, typical Keyboards etc are reported to be unveiled alongside this borderless TV.