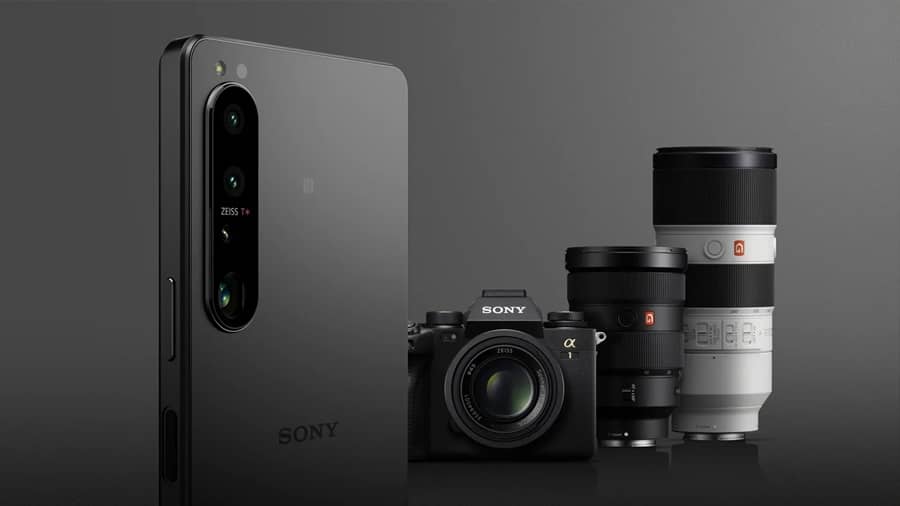 Leveraging all the camera expertise it has, Sony made a new smartphone called the Xperia 1 IV, which the company boasts of having the “world’s first true optical 85-125mm zoom lens.”

It’s true, as the new Xperia 1 IV can shoot a 4K video at 120fps, and has 16mm and 24mm lenses too. This flagship device contains the high-end Snapdragon chip, and is priced at $1,600! Coming in September this year, Sony aimed this smartphone at videography enthusiasts.

Just everyone thought Sony’s out of the smartphone business, the company announced a new flagship named Xperia 1 IV. This grand piece puts a major focus on cameras, all made by Zeiss optics coated with Zeiss T for boosting contrast, sharpness, and reducing reflections.

Sony boasts that Xperia 1 IV is the world’s first true optical 85-125mm zoom lens, which is made in a 90° periscope style system, similar to Huawei P30 Pro. This handset can shoot 4K videos at 120fps and has live-streaming and external monitor capabilities.

Having the Snapdragon 8 Gen 1 chip under the hood, this phone has a 6.5″ 21:9 OLED display with 120Hz HDR and 240Hz motion blur and touch-scanning rates. Being an IP65/68 water and dust resistant, it’s protected by Corning Gorilla Glass Victus on the front and back.

The new Xperia 1 IV supports both the 5G standards (sub6/mmWave) and has WiFi 6E, and a 5,000mAh battery, supporting wireless charging capability. Finally, it comes with 12GB RAM and 512GB internal storage, and is priced at $1,600!

This phone will be available from September onwards, in B&H Photo/Video and other Sony dealers in the US. Though it’s available in black or purple colors, the purple variant is exclusive to Sony’s website. Anyone preordering the phone today will be able to get Sony’s latest WF-1000XM4 true wireless earbuds for free.