Southwire Cable Company, which was being hacked last month by Maze Ransomware group, was now sued for publicly disclosing a part of their stolen data on a website. The victim is now expecting compensation for the damages done.

In what happened to be a ransomware attack on Southwire Cable company last month, the culprit Maze Group is now sued for a lawsuit to compensate the complainant for loses occurred. The Ransomware group has demanded $6million (850 Bitcoins) for keeping the stolen data private which was later denied by Southwire. And now, the malware group has disclosed a part of captured data on a website created by them and hosted in Ireland.

This move against Maze Group can be risker for Southwire, as the group can now publish the full data as Southwire retaliated for their ransom demand. If not, the same move can be called as safe bet too. Now, this lawsuit hedges Southwire from future loses in case any hosting provider serves Maze to host up the Southwire data.

The company can then claim damages for being publicised. Further, in case the government catch culprits and start disseminating their money, Southwire shall get priority for filing for a compensation lawsuit.

Southwire tried tracing back the website owners from its IP address, only to find none but hosted by an ISP from Ireland. Following that, the company has sent many requests to contact the anonymous owner but received nothing in return.

The total data stoled was amounted to 120GB which was grasped by encrypting around 878 devices. This could be huge if the malicious group decides to open up. After all, Southwire has just filed for injunctive relief in Ireland and booked their spot for future compensation, which may not be happening that soon. 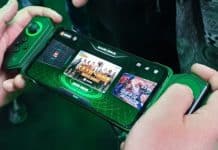 You Can Play Android Games Even if it’s Still Downloading