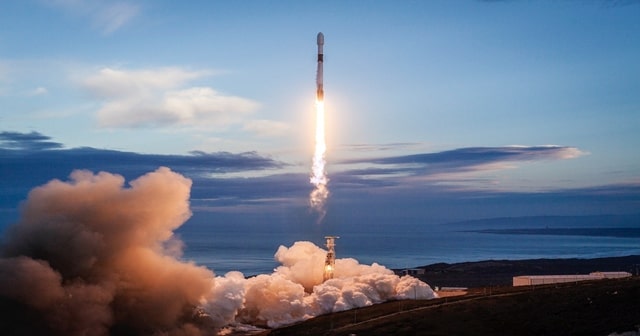 SpaceX, the Elon Musk-led rocket company has set a new record today by launching 143 satellites into space through its Falcon 9. Dubbed as Transporter – 1, this mission carried satellites of all kinds and in all sizes, and dispatched them in sequence into space let them carry out their respective missions.

The Elon Musk-led SpaceX has been a well known private rocket company, that registered a new record by transporting 143 satellites into space. It achieved this feat through its Falcon 9 rocket, which took off from Florida on Sunday morning, naming this mission as Transporter – 1.

The payloads include ten of its own Starlink satellites, to add them to the existing constellation in the orbit. It’s designated to provide ultra-fast internet to all around the globe easily. Next up is the SupeDove, which has a batch of satellites sent adding up to their existing 200 lineup. These satellites image Earth at a resolution of 3-5m, daily!

The Planet company has the highest number of payloads included in the fleet, with over 48 satellites. And then there are Swarm Technologies, who has their satellites called SpaceBees, which are just the size of 10cm by 10cm by 2.5cm. Like them, there are satellites of all sizes.

Honestly, for the price of $1 million per payload, only the companies with such smaller satellites would hire SpaceX for being in their affordability range. Anything bigger shall need a budget that only governments can afford. All these satellites were dispatched by SpaceX sequentially into space.

All the companies involved in this rideshare trip are from several countries, all having their respective missions of studying the space, Earth from space and providing tracking services through space. The record of launching most satellites into space was previously held by India’s PSLV in 2017, where it had taken 104 satellites at once.