Chromebook has been there in the area for a long time, and despite being in such a long time, they have not made a dent in the market. But, several users still use the Chromebook in their daily routine work. Well, Chromebooks aren’t like the normal laptop that is available in the market. This device is run on Chrome OS, which is an operating system made by Google.

Generally, office buddies use the Chromebook. But, sometimes, users find it difficult when it comes to multitasking on this Google device. That’s why we are here with a new guide to help you share one or more tabs on a single screen by using the split-screen mode on Chromebook. So, let’s get started.

List of Best Ways to Use Split-Screen Mode on Chromebook

There are several methods available using which you can easily use the split-screen feature on your Google Chrome. But, here, we mentioned the easiest way to do so. So, let’s look at those methods:

This method is very simple and handy. You can do this simply by following the steps we mentioned below. So, make sure to use the guidelines carefully, one after the other:

Note: One more shortcut is available to drag the window on your Chromebook, i.e., Alt + [ or Alt + ], to move left and right, respectively.

Method 2: Use Drag and Drop 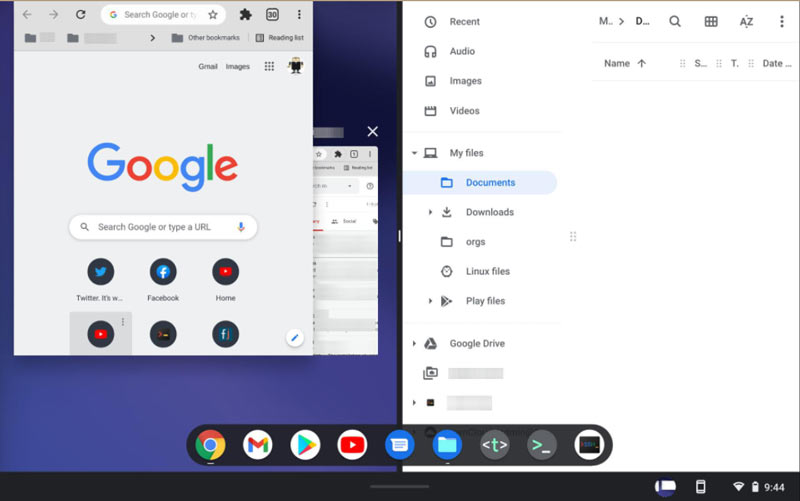 Therefore, if you hold down the mouse button and switch to the arrows, it will work the same as the dragging and dropping method discussed in method 2.

Method 4: From the Overview Screen

Here are the steps that you need to follow to split the screen from the overview section of the particular screen: