Stardock, the unofficial software tweaker of Windows OS, has shown up with Start11 for satisfying the disgruntled Windows 11 users.

Just a couple of days after Microsoft rolled the stable version of Windows 11 publicly, Stardock announced Start11 for $5, which will let Win11 users tweak some of the important sections of the OS.

Every time Microsoft announces a new Windows OS, there’s a company that understands the community better than Microsoft and shows up with a slightly tweaked version of that new OS to be liked by the community.

And it’s called Stardock. Since 1991, Stardock has made customizable Windows OS sections that Microsoft may have limited in the mainstream version. For example, in Windows 11, the Start Menu and Taskbar saw significant changes and needed to be tweaked.

Thus, Stardock came with Start11, which allows users to set up the Start Menu as in Windows 7 or Windows 10, and Taskbar to be moved around. Those running on Windows 11 will know that the Taskbar in the new OS was fixed and has limited options set.

But with Start11, users can get the Windows 10 context menu when right-clicking and change the textures of Taskbar to fabric, dark wood, carbon fiber, etc. This customization made Stardock famous and has made similar tweaks for Windows 7, 8, and 10.

In Windows 8, the company’s Start8 brought back the Start Menu and Started button to the main screen, which Microsoft hid in favor of the Start Screen. Also, Stardock’s software comes with few add-ons like Groupy – for organizing the apps into tabs and Curtains – for deeper customization.

Stardock ran Start11’s Beta program since August this year and today released the stable version for just $4.99. Interested users can download the software and make changes to their Windows 11 PC to look as desired. 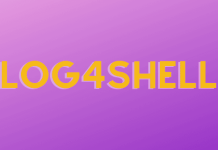