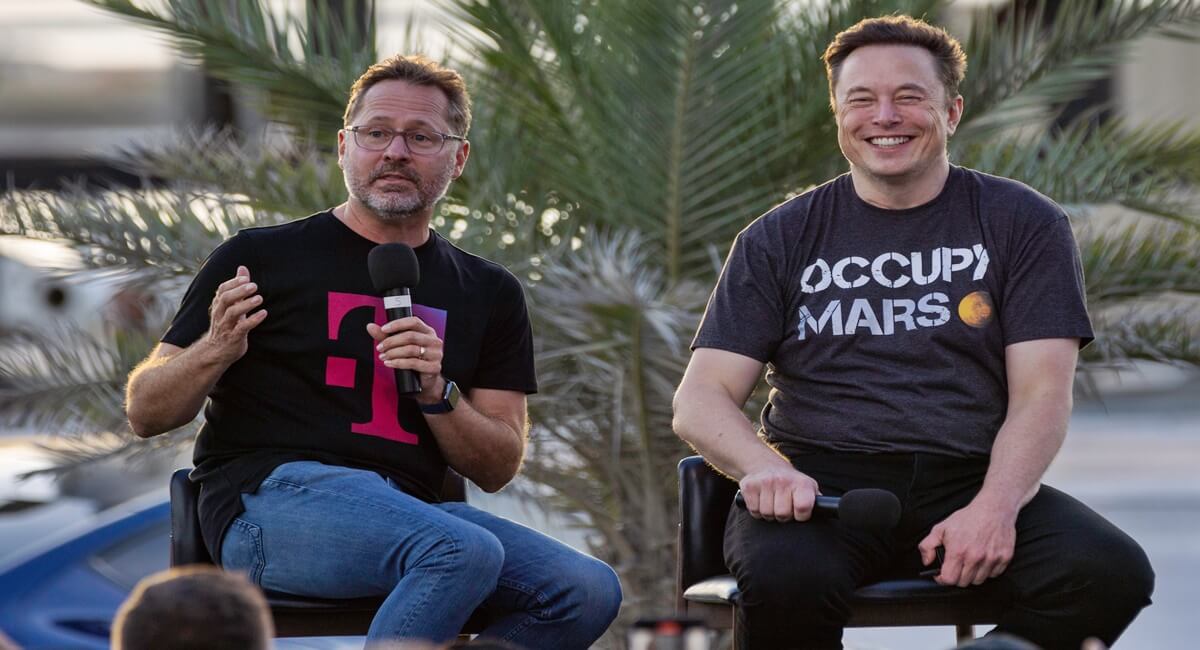 To provide connectivity to all those in the remote locations where there’s no cellular coverage, T-Mobile partnered with Starlink – a subsidiary of SpaceX led by Elon Musk to offer wireless network coverage.

Elon Musk said this new satellite-based system wouldn’t be replacing the current cellular system completely but a needed extension. Initially, this service offers messaging, MMS, and select messaging apps to be run on this new network, while internet and voice services will add later.

Aside from space explorations, Elon Musk-led SpaceX is also helping people on Earth to get a wireless internet connection through its special wing called Starlink. While there are a few people already trying this out, T-Mobile wants to expand this service to all across the US, leveraging its wide network on the ground.

Thus, they announced a partnership with SpaceX to end “dead zones” in the US with the help of Starlink connections. Talking on this at the Starbase station, T-Mobile CEO and President Mike Sievert said;

“We’ve always thought differently about what it means to keep customers connected, and that’s why we’re working with the best to deliver coverage above and beyond anything customers have ever seen before.”

As per this deal, SpaceX will send a bunch of Starlink Gen2 satellites with special antennas into space later next year and also place large receivers in rural areas to draw the signals. This is a part of T-Mobile’s Coverage Above and Beyond program, which aims to expand cellular connections to all the areas which are neglected for various reasons.

Sections on land like the National Parks with geographical restrictions, terrain limits, etc., lack basic network coverage or force people to that areas to pay exorbitant rates to lug around a sat phone. Hoping to end that, T-Mobile CEO said anyone who can see the sky will able to connect to the world!

The initial rollout of this service will support messaging, MMS and select messaging apps to be run on its network, while internet and voice services will be added later. Regarding the reach, T-Mobile said it’d practically be everywhere in the “continental US, Hawaii, parts of Alaska, Puerto Rico, and territorial waters, even outside the signal of T-Mobile’s network”.