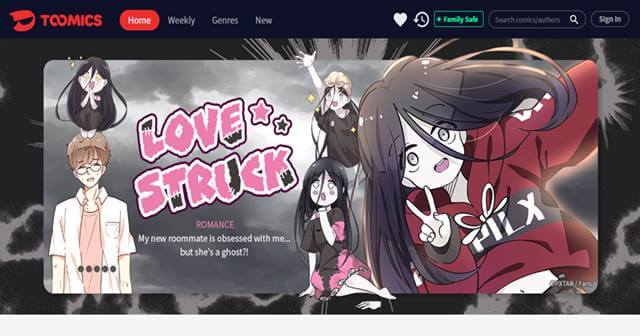 Toomics, one of the popular webtoon services online is pursuing a bad track of taking down copyright infringements.

As seen by TorrentFreak, Toomics is wrongly directing Google to takedown URLs from Google Search, which is legitimate from various websites includes its own!

With the rise of piracy all over the world, legitimate publishers and creators are forming alliances to combat better against the infringing parties.

They then look out for infringing content URLs being shared on various platforms and asks the respective platform managers to take down them. If not, they report them to Google for pulling them down from appearing in its search results.

While this plan worked for many years and is used by most even now, some copyright holders mistakenly report legitimate URLs to be taken down sometimes.

And this could be justified, as they had to look out for thousands, if not hundreds of thousands or even millions of sources for their copyrighted content being shared without permission.

But, sending repeated requests for taking down legitimate content is a pure fault. Toomics did that, as observed by TorrentFreak.

The popular webtoon platform has been constantly requesting Google with takedown notices to remove various webtoons from legitimate platforms like Google, Amazon, Wikipedia, and Pinterest.

This happened with the webtoon “Sweet Bitter Love,” where Toomics targeted a film, a book, a BBC series, and a song that happen to share the same name. It had also done the same with the “You Have The Wrong Person” webtoon too!

As this wasn’t enough, Toomics has reported content on its own platform to be taken down citing copyright infringement! It was seen targeting 14 webtoon URLs of “You Have The Wrong Person” on its own site, in repeated requests to Google.

While Google is diligent enough to notice the mistakes and did nothing as requested, it did remove some URLs from its search results anyway. Hope Toomics soon realizes the blunders it’s making, and does it carefully.