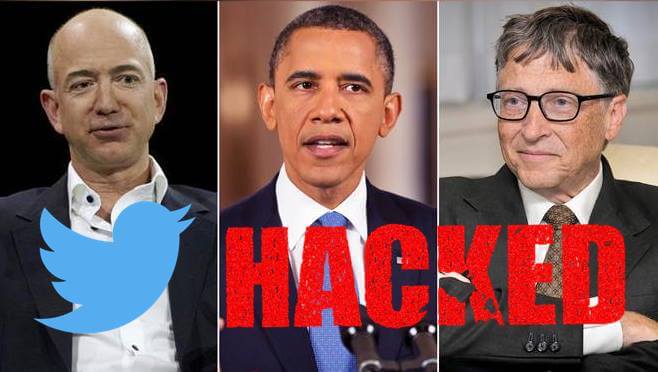 Alas, it’s Twitter now! The short-blogging platform that’s used by many high-profile candidates, has been compromised for a while. The coordinated social engineering attack, as defined by Twitter, led the hackers to breach several accounts including Bill Gates, Barack Obama, Elon Musk, Apple, etc to a cryptocurrency scam. All those tweets are removed now.

Social media accounts of popular people are often targeted to lure their followers into fake campaigns. Though many social media platforms have tightened their network access for unauthorized personnel, it’s accessible for internal employees for general work. Thus, getting hold of those internal staff through any means is the only way one can penetrate the platform’s network. And that happened today, with Twitter!

In a malicious campaign earlier today, several popular Twitter accounts were breached by unknown hackers to post tweets asking for a Bitcoin donation. The list of accounts used for this campaign includes

A tweet from Bill Gates’s account read, “Everyone is asking me to give back. You send $1,000, I send you back $2,000.” Similar tweets were posted by other prominent accounts too, who’re having millions of followers. And as BBC reported, the link asking for Bitcoin donation has received more than $100,000 already. But also a high-volume cryptocurrency transaction alert service, Whale Alert notified that Bitcoin address which used by hackers to receive the donation has got 4.56 BTC already.

Soon after this incident, Twitter founder and CEO, Jack Dorsey tweeted about the incident as, “Tough day for us at Twitter. We all feel terrible this happened. We’re diagnosing and will share everything we can when we have a more complete understanding of exactly what happened.” Further, the Twitter support handle also described in a series of tweets that, some of their employees were targeted by a “coordinated social engineering attack” by someone, to have internal access and conduct a campaign like this.