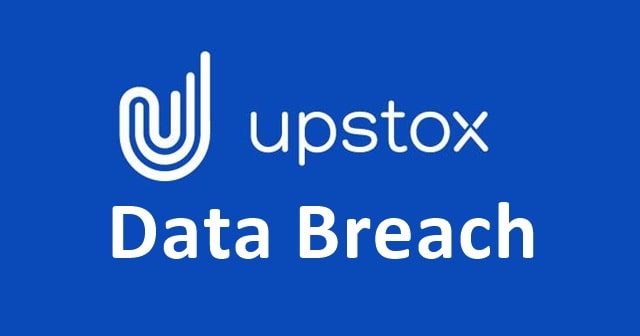 Upstox joins the spree of tech companies that have leaked their customer details due to a data breach. The Indian stockbroking firm has released an announcement this evening describing a possible data breach and suggested measures to secure user accounts. It claims to have tightened its infrastructure after being recommended by a cybersecurity firm.

Upstox is the second-largest Indian stockbroking firm in terms of active clients. Earlier today, an independent security researcher named Rajasekhar Rajaharia has pointed out a data breach relating to Upstox, that has leaked the sensitive information of 2.5 million customers online.

Rajaharia has earlier disclosed a data breach at MobiKwik and now shared that a ransomware group called ShinyHunters breached the Upstox server, and leaked over 56 million KYC of their customers. The leaked data include customers’ Names, Email, DOB, PAN, Bank Details, and KYC information like their Passport, PAN, Cancelled Cheque, Sign Pics, etc.

He also revealed the reason to be the improper configuration of Upstox’s Amazon AWS S3 bucket, which has been the reason for many data leaks in past. Soon, Upstox has come up with an official statement saying that they have upgraded their “security systems manifold recently, on the recommendations of a global cyber-security firm.”

This is after the company has “received emails claiming unauthorized access into our (Upstox) database.” Disclosing that “some contact data and KYC details may have been compromised from third-party data-warehouse systems,” Upstox assured that no funds or securities from users’ accounts were impacted.

Further, it has initiated a secure password reset via OTP as a “matter of abundant caution,” and suggested users the following methods to remain secure;