A security researcher named Alex Ionescu has discovered a new feature in Notepad of Windows 10, which will notify users about a new version if available. This feature is said to be available in Windows 10 Insider build 21376 from the Dev channel and can be updated to a new version through Microsoft Store when it’s notified. This might soon come to stable Windows 10. 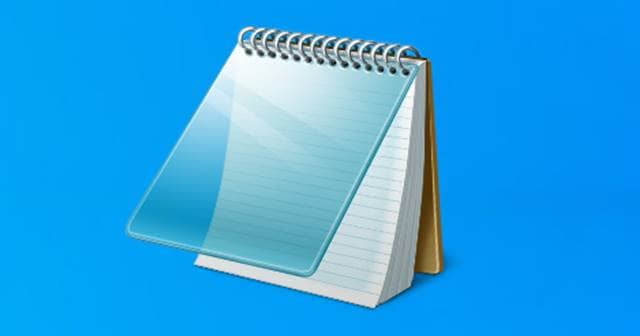 Notepad is an important element of Windows 10, and also in any other OS. The basic text editor comes in handy on many occasions like checking a text file or writing code. As it’s light and quick, many prefer opening a simple text file with Notepad rather than going with Microsoft Word. Thus, this element needs improvement to be more appealing.

And Microsoft did. The Redmond company has introduced UTF-8 support and wraparound find-and-replace support in 2018, and after long thinking, made Notepad an individual app distributed through Microsoft Store in Match 2021. Making the Notepad as a standalone app has its perks, as it can now be receiving updates more frequently from Microsoft Store, thus not relying on Windows updates.

What fresh hell is this? pic.twitter.com/jTbsauhI19

Now, a new feature of this revamped Notepad was discovered by Alex Ionescu, a Windows internals researcher, and security researcher. As per his findings, the Notepad in Windows 10 Insider build 21376 from the Dev channel has an inbuilt feature, that will start notifying the users of a new version update whenever available.

This will be seen as a banner line at the top, with a Launch button. Tapping on it should take you to the Microsoft Store where you can see the update button. Launching the Notepad after this update should get your file data from the previous version. So, no risk in updating when you’re working on it.