But, the new build has also brought another performance affecting bug, causing issues with File Explorer. Now, Microsoft released a new update to Dev users for fixing this, but users are recommended to stay put until a stable version.

Just like any other native section, File Explorer in Windows 11 was revamped heavily by Microsoft. The maker replaced the whole File Explorer ribbon at the top with a command line, which is now having buttons for various actions.

This is might be useful, but it’s causing serious performance issues as per reports. This was initially brought by Microsoft in a cumulative update (Build 22000.282), which is aimed at fixing the performance issue affecting AMD CPUs on Windows 11 PCs.

Though this was addressed, the cumulative update gave rise to a performance issue in Win11 File Explorer. Those who’re running on Windows 11 might have noticed that Microsoft replaced the whole File Explorer’s ribbon line with a command bar. 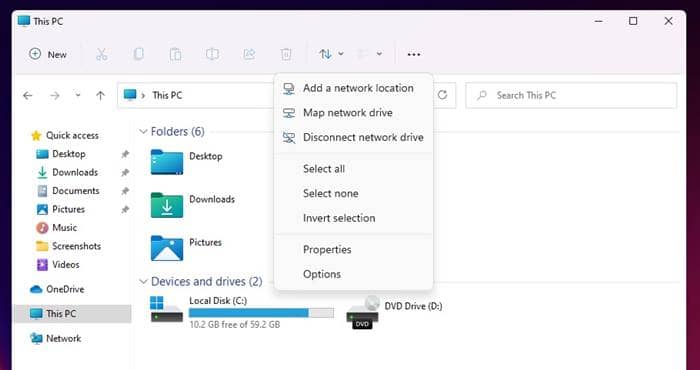 This section now houses options for various action menu buttons. And this is exactly where the issue is. As per reports, the command bar is found to be making unnecessary calculations while users navigate between different folders, causing slower performance. This also happens when users select files through drag functionality.

Also, the unknown bug is consuming high memory when users selected files with arrow keys. As all these are disturbing, Microsoft released another build (v22478) recently, that comes with a patch for this issue, redesigned emoji, and other improvements.

It’s codenamed Nickel, meaning it’s still being developed and is only available to those in the Dev channel for now. So if you wish to get it fixed, try the new update by enrolling in the Dev channel. Or it’s recommended to stay on hold since the beta build may come with more unknown bugs.