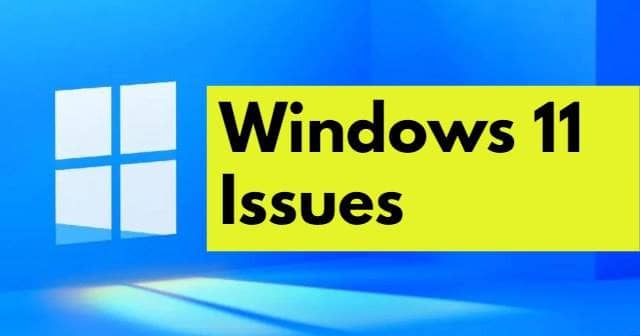 After months of testing and a lot of hype, Windows 11 is finally here. The all-new Windows OS from Microsoft carries new design, features, and a whole lot of refreshing experience.

In the same way, it carries issues too. The maker has already listed a page with known bugs in Windows 11 to help people handle them. As of now, these are related to compatibility, but more can be added soon if found.

So it’s October 5th, the official Windows 11 day. Microsoft has excited the new OS enough before rolling it out by unveiling new design changes, features and updates to most sections of Windows 11.

While the Windows Insiders have already tasted it, it’s now the time for the general public with eligible PCs to experience it. Those who pass the hardware checklist can see the new OS update coming with a notification in Settings.

Starting today, Windows 11 will be offered to everyone eligible in a Phased manner until mid-2022. This discrimination prioritizes the newer PCs since they easily have recommended hardware requirements to get the update.

If you’re eligible and got the update, mind these known issues already. Microsoft has listed out few issues in Windows 11 as below;

Internet speeds might be slower than expected on affected devices.
Compatibility issues have been found between

Microsoft plans to add the fix for Killer networking software in the monthly security update coming next week. And regarding VirtualBox and Cốc Cốc, the company chose to block the Windows 11 update as a safeguard hold. So better not try force installing through other means to break your PC.