After revamping the legacy icons of regular Windows apps, Microsoft is now testing WinUI designs for shutdown UI and WinRE boxes in Windows 11.

The shutdown UI ditches the Windows logo and is simpler now. Microsoft may also add the Mica background to align it with the current modern design in Windows 11. Also, the Wireless Recovery Environment is slightly revamped.

Just when we’re getting bored with the Wireless OS, Microsoft announced Windows 11 with rejuvenated designs all over. The company has induced the Fluent Design themes and WinUI to all the legacy sections of Windows OS, like the Start Menu, Taskbar, Windows Search, File Explorer, etc.

But, a few icons and sections are still left behind. Though these are not much of focus, revamping them too will keep them in line with Microsoft’s goals of a modern UI. And it’s doing just that by adding slight touch-ups to WinRE and Shutdown UI in Windows 11.

The company is seen revamping the icon and UI of the Shutdown dialogue box of Windows 11, making it similar to Windows 95. The new shutdown box doesn’t have the Windows logo, probably to make it simpler and cleaner. Also, it may support Mica’s background, too later. 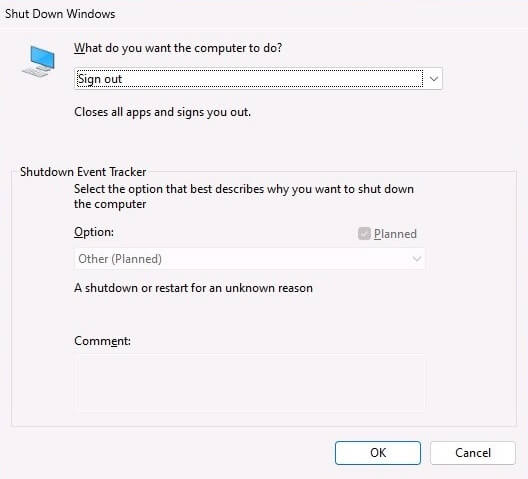 The current old shutdown UI isn’t bad either; it’s just doesn’t have rounded edges and similar to Windows 10’s. Also, the Windows Recovery Environment UI too has received some elemental touch-ups from WinUI and Fluent Design.