Listening to feedback from the community, Microsoft is working on improving the Taskbar in Windows 11.

Few of them include drag and drop support, calendar flyout with events integration, and solving the bug that’s showing systray tooltips somewhere else when pointed on a feature. While some are in development, some are being tested by insiders now. 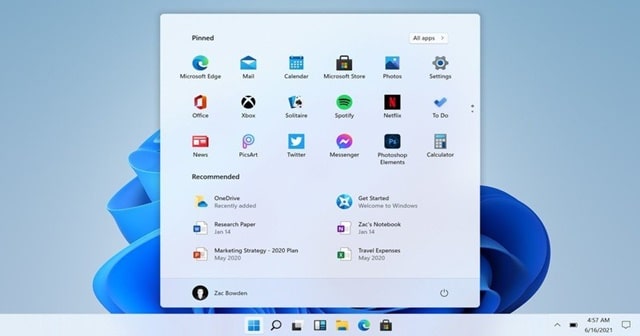 It’s clear that Microsoft’s major focus in Windows 11 is the design, while new features and improvements are secondary. And since Taskbar plays a major role in every users’ experience, Microsoft mended this section deeper than expected.

A major switch is the moving of Start Menu from corner to the center and keeping all widgets in it. Plus, Microsoft disabled events integration with calendar flyout, not showing clock seconds in Taskbar, and removed the ability to move Taskbar to any side of the screen.

Also, Windows 11 users can no more resize the Taskbar, and drop files into any app that’s set in Taskbar. Since the removal of such support caused anger in the community, Microsoft is now trying to bring some of them back as asked.

These include enabling the clock seconds in Taskbar and supporting drag and drop of files into Taskbar apps. Windows Insiders will soon get this to see but expect to roll out in a stable version in early 2022, as Microsoft employees may leave for Christmas.

While we’re hoping for the calendar flyout with events integration, Microsoft clarified that it’s not a bug, but a feature, as it wanted its users to rely on widgets panel for accessing the calendar events/reminders, and clock with seconds reminders.

Aside from these, Microsoft is also working on solving the bugs in unexpected duplication of certain icons. The maker has recently released the Build 22494 to solve an irregularity in systray tooltips, where it’s showing the explanation/usage of a feature elsewhere when hovered on that icon in Taskbar.