Brother printer users who’re trying to print through a USB connection, are facing issues after upgrading to Windows 11.

This is because the Windows 11 OS fails to recognize the printer, says the Brother printers team. While they’re working on a solution, the team mentioned affected models and asked users to try other means of printing, like wireless meanwhile.

Microsoft made Windows 11 with security at its core. And it’s no wonder if it’s blocking some of the regular apps for that. We’ve seen commonly used legitimate services like Cốc Cốc web browser, VirtualBox being held, as are under review.

Now, we see Brother Printers facing a similar issue. Several users of Brother Printers are complaining about an error while printing stuff through USB, especially after upgrading to Windows 11. Brother team acknowledged the concerns and spotted 92 models being affected by such,

Some may encounter USB Connection Repair Tool, showing an error “Cannot print to the USB printer.” This can be skipped and proceed with printing safely says the Brother team. They’ve also said Windows 11 users shall encounter the following problems while processing through USB;

While they’re working on a solution, the team asked users to process their works through other means like a wired network connection, or wireless setup. Microsoft hasn’t acknowledged this issue yet. 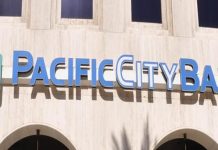