Ever since started suggesting users move away from Windows XP, users have tried sticking to it even more. Continuing the momentum, a music artist has made a video of Widows XP’s startup theme. He took the first 6 seconds of the original and compiled into an R&B song, which could never be imagined as before. 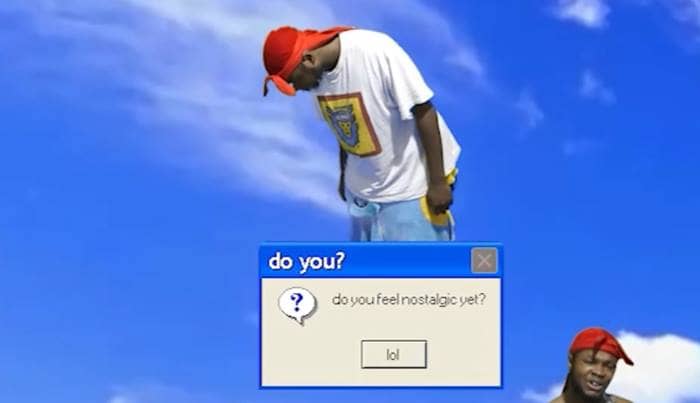 Microsoft, just like other cybersecurity experts, warned about risks in using the outdated OS or software. Since the OEMs stop serving them, they don’t necessarily update to patch any known vulnerabilities. While this puts the system at serious risk, some users stick to them as they can’t detach easily.

One such attachment is with the Windows XP, where few users and companies use this outdated OS even today! While it’s interesting in the old days, some people are typically fans of its startup introduction music. Originally produced by Bill Brown, the startup theme is now having a new tune, or say a song!

MESSAGE ME
HIT ME UP ON MSN, I WANNA BE MORE THAN FRIENDS GIRL SO MESSAGE ME.

I CALL YOU XP CAUSE YOU'RE XTRA PRECIOUS

TAKE DOWN MY EMAIL ADDRESS BABY

THEY SAY THE EYES, ARE THE WINDOWS, INTO YA SOUL
AND WHEN I LOOK IN YOURS, ALL I SEE IS SUNSHINE AND GOLD. <3 pic.twitter.com/gkWzNfWbtS

Bringing back the nostalgia and making it somewhat gripping, a music artist named ROMderful had taken the first six seconds of Bill Brown’s theme and turned it into an R&B song.

This is themed about a girl who should text him in the now-defunct MSN messenger. Once listened, you’d never feel the same about the startup tune of Windows XP again.