Wormhole has shutdown its platform for a while soon after identifying this and began Investigation. The threat actor behind this has stolen 120,000 wrapped Ether tokens, in which 80K of them were converted to Ethereum, and the rest sold on the Solana platform. 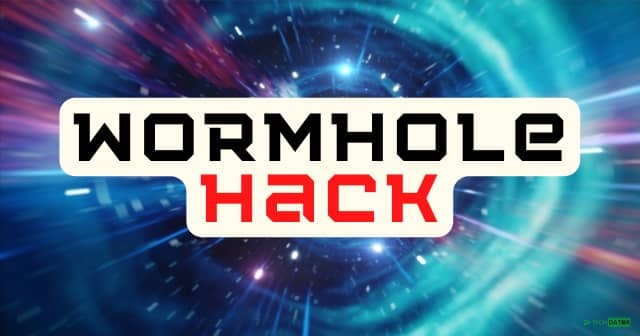 Hacks against cryptocurrency exchanges are common, as they’re becoming the central point of storing people’s funds. As we see more coming, the latest one in this series is from Wormhole, a cross-chain platform that lets people send cryptocurrency to other supported blockchains.

This happens by locking the original token set in by the user and minting a wrapped version of it to send onto another blockchain. As of now, Wormhole supports Avalanche, Oasis, Binance Smart Chain, Ethereum, Polygon, Solana, and Terra blockchains.

On late Wednesday, Wormhole reported a breach where a threat actor has exploited a vulnerability in its platform and stole cryptocurrency worth over $326 million. It immediately shut down the platform realizing this and began investigating the incident.

The threat actor here was seen stealing around 120,000 wrapped Ether tokens from the Solana blockchain, and soon converted 80,000 of them to Ethereum, and sold the rest on Solana blockchain. Wormhole promised to add Ethereum to their platform to match the lost wETh, and back them in 1:1 proportions.

Elliptic, a Blockchain analytics company said that Wormhole has sent a message to the hacker’s address – offering him a bug bounty of $10 million under a “whitehat agreement.” The platform asked the hacker to return all the stolen tokens, and also disclose the exploit he used. It’s unknown if the hacker has responded to it or not.