As Microsoft started supporting Android apps in its new Windows 11, there’s a new app that makes it easier for users to try Android apps on their systems.

Named WSA PacMan, this open-source tool acts as a GUI for Windows Subsystem for Android and installs Android apps effectively. It needs a basic setup and is simple to use. Check as follows;

In order to make the Windows OS more attractive and helpful, Microsoft decided to support Android apps lately, in its Windows 11. While the company has partnered with Amazon to bring its whole suite of Appstore Android apps, they’re still limited in number.

Yet, power users can install any Android app out there in their Windows 11 through a command-line interface, using some basic commands. As this gets tough for an average user, a new tool named WSA PacMan has shown up in GitHub, for making our Android experience on Windows 11 easier.

WSA PacMan is an open-source tool and acts as a GUI for the Android installation process on Windows 11. It uses the Windows Subsystem for Android support and uses a default port, so needs a basic setup initially. 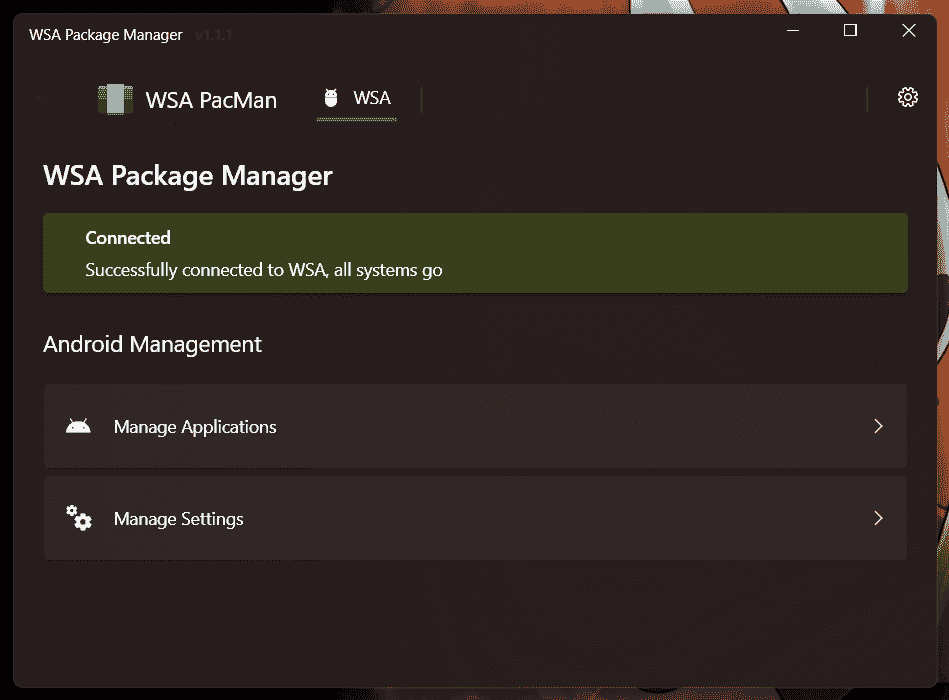 If you’re interested in trying it, make sure your system is running on Windows 11 and has Windows Subsystem for Android installed and enabled. Then, head onto settings and turn on the debugging option, which is essential for PacMan to run. Once the setup is done, do as below;

How to Install Android Apps in Windows 11 Using PacMan?