TechDator
Home News Xiaomi MIUI 12.5 to Roll Out For Eligible Devices by the End...

While the Redmi and Xiaomi users are enjoying the new MIUI 12 experience, Xiaomi is preparing to launch the MIUI 13 soon next year. But even before that, the company has announced an intermediate version called MIUI 12.5, which will be rolled out to some eligible handsets by the end of this month. 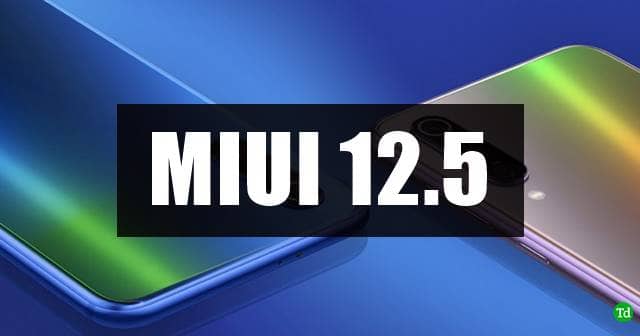 We all know Xiaomi is not just popular for its affordable pricing, but also its bloatware – MIUI. This native system software is currently running in version 12, with several animations and security improvements. The company is so caring that most of the Redmi and Xiaomi handsets are running on MIUI 12 today, with many of them based on Android 11.

And now, while we all are waiting for the next big thing, MIUI 13, we have something else in between. Xiaomi has announced an intermediate version called MIUI 12.5 recently and said this would be coming to few eligible devices before MIUI 13. Reportedly, MIUI 12.5 could be launched as soon as next week!

This was confirmed by Xiaomi’s head of the software department, Jin Fan, who said that MIUI 12.5 could be rolled out by the end of December 2020. While some devices are excluded from the list due to engineering needs, many would get it rolled out.

On launching, this would solve the abnormalities in clearing app data in some models and occasional crashing in some apps. Besides addressing the known issues, it may bring slight interface improvements in animations of the start page, volume controls, power buttons, notifications, launcher animations, full desktop mode, etc.

Further, there would be options for converting images to PDFs directly in the Gallery app, improved security while capturing approximate user location, new UI for the camera, etc. All these features are expected to be in when rolled out. So, watch out!